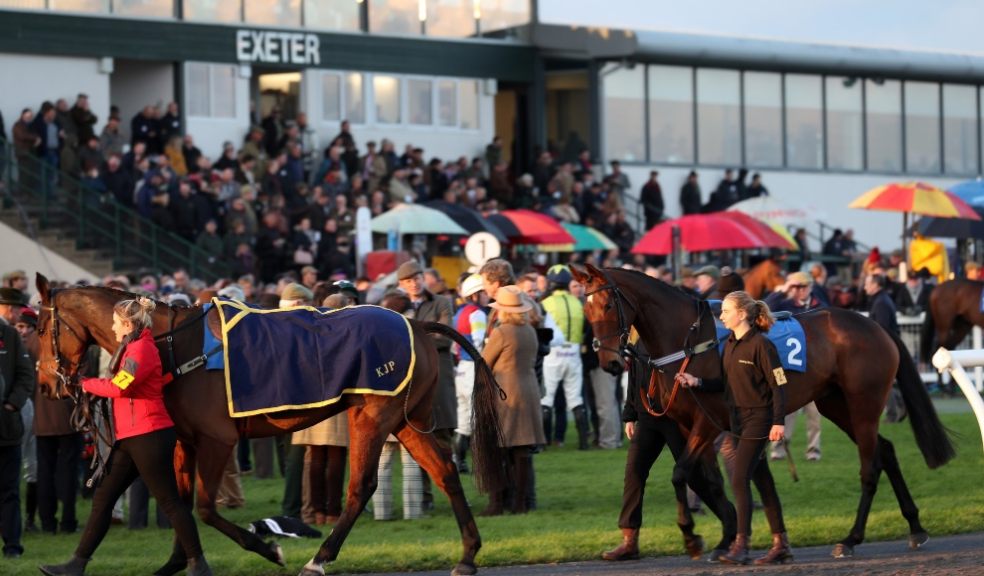 All roads lead to Exeter Racecourse for its Super Sunday (February 13) race meeting with more than £100,000 in prize money, and some of British jump racing’s most exciting prospects among the entries.

Top horses, top jockeys and top trainers are the order of the day with a slice of the very best jump racing action heading west to Devon for racing fans to enjoy.

And it’s a day to savour, with Cheltenham Festival chatter increasing daily, and all eyes on British performers at Devon’s premier track as the finishing touches are put to their preparation ahead of the world’s greatest jump racing spectacle in March.

Exeter’s general manager Jack Parkinson said: “We’re delighted with the calibre of entries and its a great opportunity for sports fans in general to enjoy a day out at their local racecourse watching talented horses and brilliant jockeys in action. We’re expecting a big crowd and a buzzing atmosphere. It’s definitely one of our favourite racedays of the year.”

The meeting has proved a stepping stone in the past for some of racing’s brightest stars like the Harry Fry-trained Unowhatimeanharry who won the Pertemps qualifier before tasting victory in the Albert Bartlett Novices Hurdle at the Cheltenham Festival in 2016 and and amassing more than £600k in prize money during his illustrious career.

In 2015 Randox Grand National victor Many Clouds galloped home to a three-quarters of a lengths success in the 2m3f novices’ hurdle and other noteworthy winners include Melodic Rendezvous, Vieux Lion Rouge and Vibrato Valtat.

On Sunday, the aptly named Stage Star takes centre stage with Paul Nicholls’ immensely exciting youngster, winner of the Grade 1 Challow Hurdle in December, potentially lining up in the Listed Novice Hurdle en route to the Cheltenham Festival where he’s entered in the Ballymnore Novices’ Hurdle.

Slick over his hurdles and with a huge engine, he stole the show at Newbury, and could light up Haldon Hill come Sunday. Opponents could include Lossiemouth, an impressive three times winner this season before coming up against Stage Star in December and Lac De Constance, who looked impressive when winning a maiden hurdle in December.

The listed Virgin Bet Mares’ Chase is as good as any mares’ race this season. Last year’s winner Momella could face Alice Fox-Pitt’s home bred Snow Leopardess, a duel winner this season who is entered in the Aintree Randox Grand National with Chilli Filli and Kapja De Lily also among the entries.

The Virgin Bet Veterans’ Chase is a chance to see some much loved chasers including the Colin Tizzard-trained Elegant Escape who won the graduation chase at the track back in 2018. Lalor, Aso, who has run 42 times, and former Coral Welsh National winner Potters Corner are also among the entries.

Seven races make up the card with the first under starters’ orders at 2pm. Gates to the racecourse open at 12pm, and adding to the atmosphere will the local jazz band The Hipcats who will be playing throughout the day.

Pre-booked tickets are just £20 for two and can be booked via the website - https://www.thejockeyclub.co.uk/exeter/