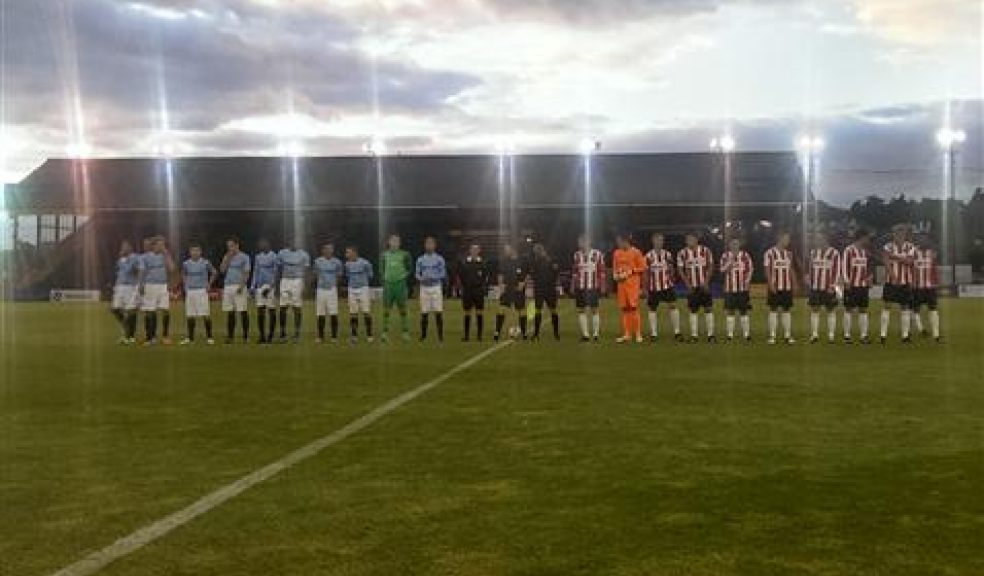 Exeter City’s under-18 side came from two goals down to earn an excellent 2-2 draw against their counterparts from Man City.

548 fans were in St James Park to witness a great fightback and a thoroughly entertaining spectacle, which will have alerted many to the talent in the City Academy.

The visitors were a goal up at the interval as Connor Riley-Lowe was unlucky to deflect a corner into his own net.  Dom McHale doubled the lead in the second half with a neat finish from a tight angle.

But two goals within a minute from Charlie Madden and Joe Charles put the Grecians back on par just minutes from the end, and earned City a superb result against Premier League opposition.

The Grecians’ under-18 squad were by no means overawed by their counterparts from Manchester, and started the game in positive fashion.  The fixture was barely three minutes old when Cameron Gill won the ball high up the field and fed Matt Jay, but the shot from out wide was saved by Billy O’Brien at his near post.

Dom McHale was providing the main threat for Man City down the right flank, and after cutting inside from the flank and riding a number of challenges, it needed a firm and decisive tackle by Exeter right-back Hussein Heidari to deny him the chance to shoot.