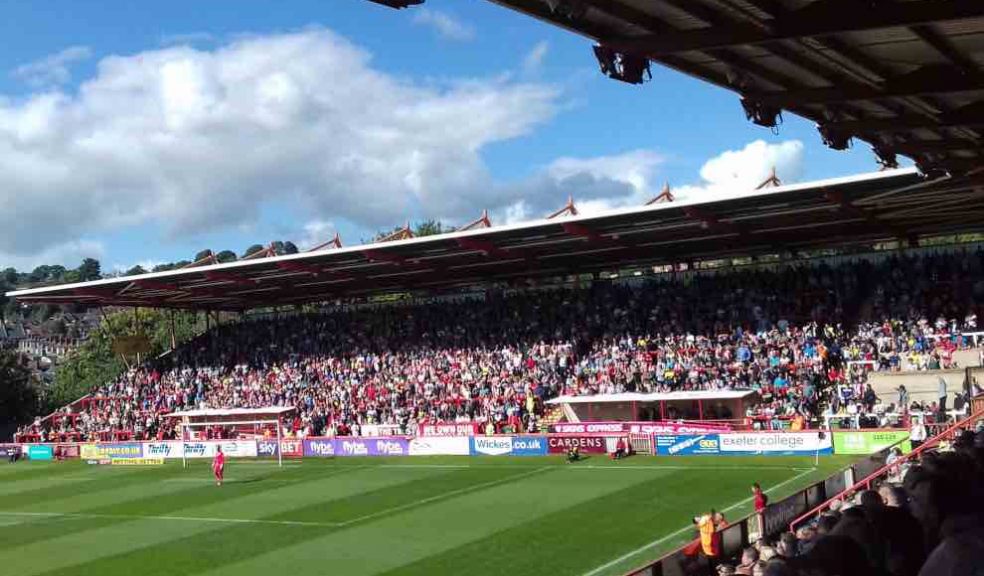 The Greater Exeter could become home to a new 20,000 seat sports stadium. The concept plan is currently in discussion stages and forms part of a proposal included in the Greater Exeter Strategic Plan (GESP); the venue would also double as a much-needed concert arena for the region.

When completed the GESP document will represent the combined strategic future visions of city councillors from East Devon, Mid Devon, Teignbridge, and Exeter for the Greater Exeter region. The proviso for the GESP document is to create a modern city that still retains all the warmth, peace, and charm offered by country living.

The proposal will become a key strategic blueprint purposed at developing a planned rural city featuring all the infrastructure and amenities of city living that residents would normally only expect to find in a city, while simultaneously possessing little of city living’s associated negatives. As councillor Skinner stated, the document cannot just contain plans for housing development, since its overall infrastructure will determine where residents will live, shop, work, and enjoy their leisure time and activities.

Deputy Leader for East Devon District Council, Phil Skinner, first tabled the suggestion which received the necessary support from Teignbridge District Council Leader, Councillor Jeremy Christopher, for including an indoor sports stadium in their planning. Due process currently has the councillors looking at evidence supporting the requirement for including an indoor sports stadium and concert arena development of that size in the final draft of the GESP.

The Strategic Planning Committee (SPC) also needs to determine if a structure such as the proposed venue is what local residents really want. The councillors have not determined any specific location for the sports stadium as yet, but SCP members have agreed all four areas should have equally convenient access to the venue which reduces the number shortlisted sites down to just four or five potentially suitable locations.

Considering the affinity residents have for football and their wide-spread enthusiasm towards laying a wager in support of their favourite team, they most likely would approve quite enthusiastically. In addition, it would provide a perfect solution for sports enthusiasts to attend and watch live sports events year-round and simultaneously place in-play bets by employing some key assistance from mobile technology such as the bet365 app so as not to miss any of the event spirit and match action it affords.

The SPC still needs to ensure the development fits in with their financial planning but remains positive about the proposal, since no venue able to host a year-round audience of 10 to 20,000 people exists outside of Bristol. One of the key aspects of the proposed stadium would lie in the design’s capacity to accommodate future expansion, since it could prove a major drawcard to people from all across the south west.

Projected timelines will see the development reach completion phase by 2040. However, the SCP recently reached a unanimous decision rejecting the current draft of the document, commenting that it simply did not meet the criteria of its intended purpose.