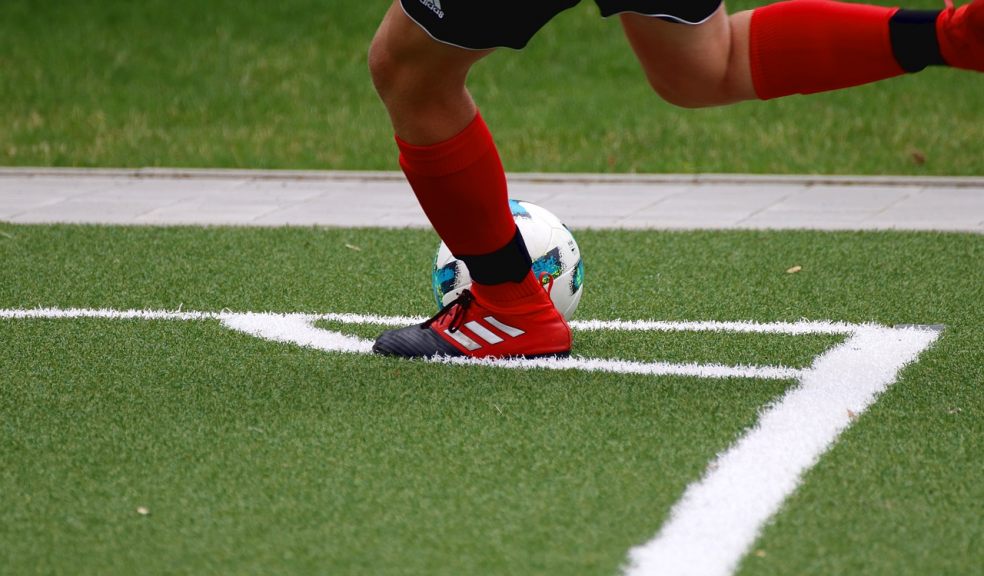 The county of Devon isn’t hugely renowned for producing world-class footballers, with only a handful making it at Premier League level in recent years. Middlesbrough’s George Friend, from Barnstaple, made 24 appearances in 2016/17, while Torquay-born Ollie Watkins has been a star for Brentford in the Championship since 2017.

There are of course others who’ve enjoyed great careers in soccer, but it’s perhaps Chelsea’s Ethan Ampadu who has the potential to become the greatest player produced by the county in a generation.

In this article, we will discuss his early life and rise through the junior ranks at Stamford Bridge, including his senior career so far and prospects for the future.

Ampadu was born in Exeter on 14 September 2000 and has football in his blood. He is the son of Kwame Ampadu, who enjoyed a professional career spanning 18 years, including a 162-game spell with Exeter City that saw his family settle in the area.

Ampadu senior finished his career with Tiverton Town before working as part of the youth management team with the Grecians. He moved on to take up a golden opportunity with Arsenal and is now an assistant in France with Monaco.

With his father’s history in the sport, it was likely that Ethan would develop an interest and it came as little surprise to many when he was snapped up by Exeter scouts as an eight-year-old. He remained with his home-town club until 2017, making his senior debut aged just 15, and going on to play eight times at senior level.

The debut made him the club’s youngest ever player and he earned man of the match for good measure as the Grecians beat Brentford 1-0 in the EFL Cup first round tie.

The youngster’s talent was also recognised at international level. He earned selection for England under-16s before taking the decision to switch international allegiances and make himself available for Wales.

Ampadu, by now established as a center-back or defensive midfielder, qualified to play for the Dragons through his mother, while he also had the pick of Ghana and Ireland due to his diverse family heritage. But it was arguably the opportunity to earn senior selection early in his career that convinced him to commit to Wales.

Ampadu secured a move to Chelsea on 1 July 2017, although the negotiations were far from amicable, with a dispute between the clubs over the player’s value eventually going to a tribunal. Exeter chairman Julian Tagg remarked that there was “a massive disparity” in the two clubs’ valuation of the talented youngster.

Naturally, all Ampadu wanted to do was play and he was given an opportunity by his new club just two moths later, when he was introduced as a substitute in the EFL Cup third round match against Nottingham Forest.

It marked another record broken for Ampadu, who became Chelsea’s first senior player born after the turn of the century and the youngest senior Blues player in more than a decade. His Premier League debut would follow in December, and his early exploits were enough to secure him a new long-term deal with Chelsea.

With two title wins in the last five years including the success under Antonio Conte in the season just gone, Chelsea were firmly established among the front runners for the title when he joined the club. However, since then they have struggled to keep pace with Manchester City and Liverpool who have took turns in becoming almost unbeatable juggernauts and prior to the break Chelsea were seen as one of the favourites to finish in the top four in the Premier League betting rather than favourites for the title.

A combination of Frank Lampard and the transfer ban last summer has seen Chelsea's youngsters get opportunities, but it was decided very quickly that the best thing for Ampadu's progression would be a loan move elsewhere.

The move to RB Leipzig in Germany offered the 18-year-old the chance to enjoy a whole new environment with a team flying high in the Bundesliga. It was a move away from the comfort zone for Ampadu and an opportunity to grow in stature ahead of a potential return to England.

There have been new challenges at international level, too, with 13 Wales caps coming the 19-year-old’s way following a senior debut just three years ago. Rated highly by Welsh boss Ryan Giggs, Ampadu must aim to get consistent game time under his belt in Germany to continue his rise as the brightest footballing prospect produced by Devon in a generation. However, he is sure to have continued his development under the watchful eye of Julian Nagelsmann, who is one of the brightest minds in the game. 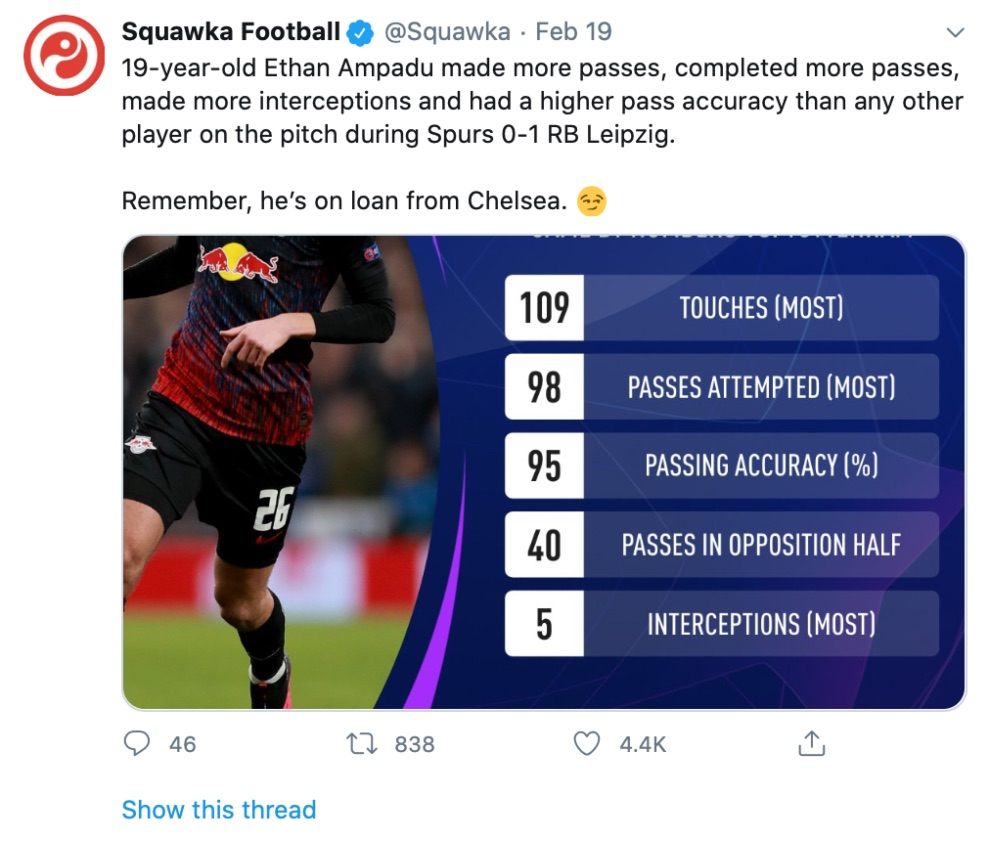 And though Ampadu has found opportunities difficult to come by so far in Germany, with a long-term deal at Chelsea in place and a wealth of senior experience already under his belt, there’s little doubt that this son of Devon has what it takes to put the county on the footballing map.