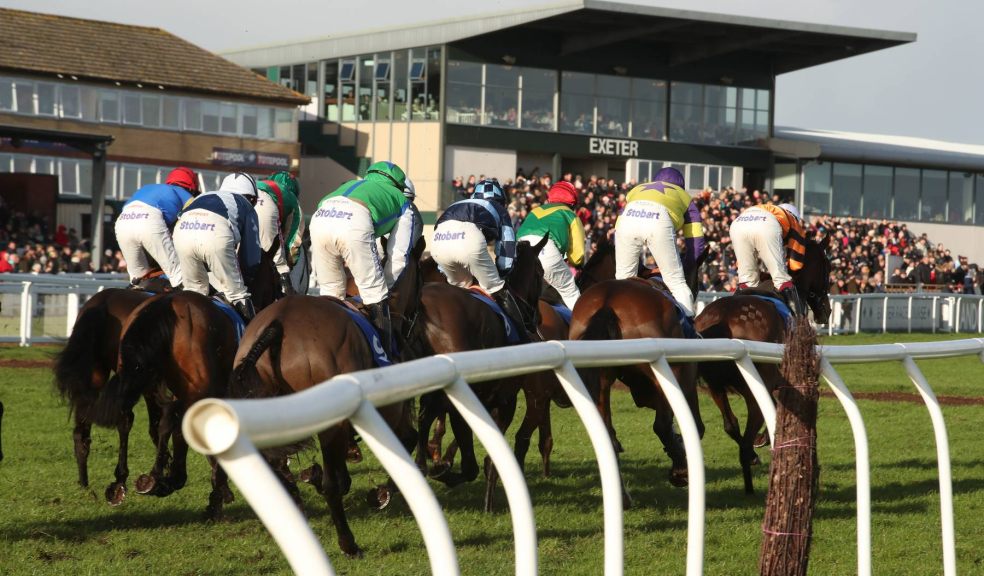 Trainer Harry Fry was pleased to see Captain Drake get his career back on track and remind everyone of his talents with a tenacious success in the Virgin Bet Devon National Handicap Chase at Exeter yesterday (25 February).

Without a victory to his name in more than 15 months the nine year old Getaway gelding changed that when demonstrating that stamina is very much his forte with victory under Bryan Carver in the extended 3m 6f feature.

Turning in the race looked set to be fought out between The Two Amigos and Classic Ben, who was bidding to atone for a fall at the track last time out, with the pair drawing clear of those chasing in behind.

As The Two Amigos saw his run fade away over the third last Classic Ben set sail for home before being joined and headed by the eventual winner as the pair the jumped the last.

Staying on well the 20-1 chance found plenty on the run in to defeat Classic Ben by five lengths with 2018 and 2019 winner Dawson’s City, from the yard of Polly Gundry a further four and three quarter lengths adrift in third.

Fry said: “The handicapper has given him a chance but he has got out of the bed the right side today as so far this season he has shown nothing.

“We’ve run him in the Welsh National this season and tried him back over hurdles to try and give him a bit of confidence.

“Bryan has given him a fantastic ride as he has had an injury-interrupted season and he does get on particularly well with the horse. He just have to have things his own way and go in his own comfort zone.

“The more the race was going, the more confident I was watching it. Even turning out the back, although we still had plenty to find, we were still in touch. Having finished placed in the Midlands and Welsh National I’m delighted to get his head back in front.

“We always hoped there was a National in him and it is the Devon National so I’m very happy.

“We were beginning to wonder if he was going to ever get his head in front again so I’m delighted he has.”

Captain Drake could now make a third appearance in the Midlands Grand National at Uttoxeter, in which he finished second in 2020.

Fry added: “He has finished second in a Midlands National and fourth in a Welsh National.

“I’ve put an entry in that only because they closed a few days ago just in case so we will see about that.”

Racecourse debutant Altobelli (6-4 Favourite) completed a 62-1 double for both Fry and Carver when running out the impressive five and a half winner of the concluding Virgin Bet Open National Hunt Flat Race (2m ½f).

Fry added: “We were hopeful he would run a nice race. He is a fine big four year old that was getting some hefty weight for age allowances but you never know what they are like until they get to the track.

“Bryan gave him a perfect introduction following a lead in a small field and he couldn’t have done it any better. We will look forward to him in the future.”

The Friends From The West syndicate celebrated further success with their first horse in training together, Kingofthewest, who led home a one-two for trainer David Pipe when making all in the Virgin Bet Novices’ Hurdle (2m ½f).

Having found only one too strong last time out at Chepstow the 4-9 favourite added to his debut success under Rules at Taunton by defeating stablemate Pachacuti by two and three quarter lengths under Fergus Gillard.

Pete Green, syndicate manager, said: “There are six of us in the syndicate and we are from all over the West Country. We met through David really at open days and things like that.

“He was on the market for about six months. David bought the horse and said he was a very nice horse but it seemed that nobody was interested in him.

“I said we have got to do something about this as we were getting good reports so I got a few people together.

“It is the first one we have had together and for three of them it is their first horse in training. He might be one to look forward to next season if he keeps this up.”

Despite having shown little in either of his previous starts the five year old gelding, who is the first horse purchased together by Gardner and Leach junior, left his previous efforts behind to floor 1-2 favourite Harper’s Brook by 18 lengths under Sean Houlihan.

Winning trainer Sue Gardner, who is based less than 10 miles from the track, said: “That was only his third run over hurdles. He didn’t do very well at Wincanton last time but I think he was a bit sore in his foot to be honest with you.

“We thought this looked like a winnable race if he had any kind of ability at all. He looked very green so hopefully there is still a bit more to come.

“We’ve had a few little hiccups with him but we seem to have ironed them out.

“Des, my other half, bought the horse with Harry, who is the son of Andrew, at the Doncaster sales so it is great for them as it was the first horse they have bought together.”

Trainer Chris Down praised both the “guts and determination” shown by both horse and jockey after Raddon Top completed a hat-trick of wins at the track under James Davies when holding on by a neck in the Virgin Bet Fives Handicap Hurdle (2m 7f).

Down, who is based in nearby Cullompton, said of the 5-1 winner: “That was pure guts and determination on both parts. The jockey is tough and the horse even tougher.

“I was not happy with the way he was travelling on the ground but coming out of the back straight he was sitting in the same place from where he won last time.

“They had gone a good gallop and weren’t quickening in front but you never quite know if they are going to get there and he appeared to need every yard of it.”