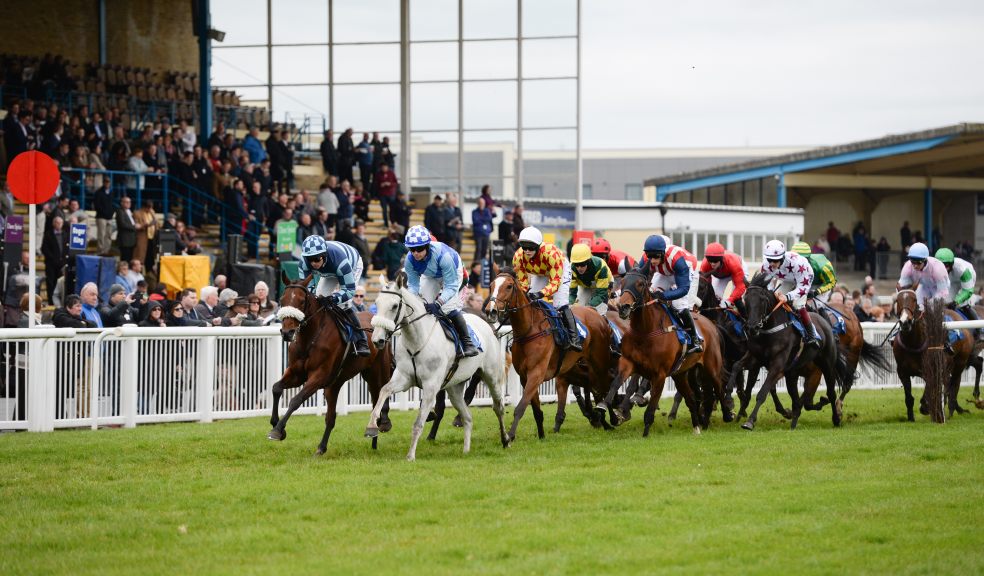 With just days to go until a thrilling new season of racing returns to Newton Abbot Racecourse, finishing touches are being made following a major winter improvement programme.

The summer jump season opener on Tuesday April 4 will signal the start of an exciting 18 fixture programme of racing and special events at the newly-improved course in South Devon.

Once again the racecourse will be celebrating summer with a major music concert. Sounds of the Summer, on Sunday July 16, will feature an amazing array of pop acts including reggae royalty UB40 and special guests All Saints, as well as Fine Young Cannibals and China Crisis.

Over the five month winter break, tens of thousands of pounds have been invested in ongoing upgrades to the Newton Abbot course. The third and final phase of improvements to the Parade Ring has been completed, which includes improved viewing platforms around the Ring and new rubberised walkways for the horses.

The ever-popular Silks lounge has benefitted from a larger entrance and the creation of a brand new outdoor drinking area, where racegoers can soak up the full atmosphere of racedays in the fantastic South Devon countryside.

These will be unveiled at the start of the new season, which promises to be one of the best yet thanks to an unforgettable programme of top class racing, family entertainment and special events.

Newton Abbot Racecourse Managing Director, Patrick Masterson, said “We look forward to welcoming both new and existing customers to our season opener on April 4 and throughout the 2017 season.

“We have a great programme of racing planned with something to suit everyone, whether you regularly enjoy a day at the races or are considering coming along for the first time.

“We are constantly improving and developing what we have to offer. We want a day at the races to be a fantastic and unforgettable experience and we are sure this season’s fixtures will deliver just that.”

Preparations for the 2017 season have been hampered by flooding last month, following repairs to the Grandstand roof.

As a result, the Course Enclosure Betting Hall and its facilities will be out of action for the first fixture. However, for the Season Opener on Tuesday April 4 only, the course will offer one-price admission for just £15, which will allow all racegoers to enjoy a day in the Paddock Enclosure for less.

The racecourse’s commitment to providing unforgettable family race days is behind the ongoing development of the new children's play area, which was unveiled last year and will be open throughout the new season.

During the winter break further enhancements to the play area have included the building of an enclosure to optimise safety and peace of mind for mums and dads.

Elsewhere on the course, new toilets have been created and new baby changing units have been added to gents’ toilets across the racecourse.

Other enhancements to the visitor experience include the launch of new menus in the racecourse restaurants and the introduction of new private hospitality packages from only £50 plus VAT per person, featuring delicious local produce.

Tickets for the season opener at Newton Abbot Racecourse are on sale now at www.newtonabbotracing.com or by calling 01626 353235. Children aged 16 and under plus students with a valid photographic ID go free to every fixture. Racing starts at 2:20pm and gates open at 12:20pm.