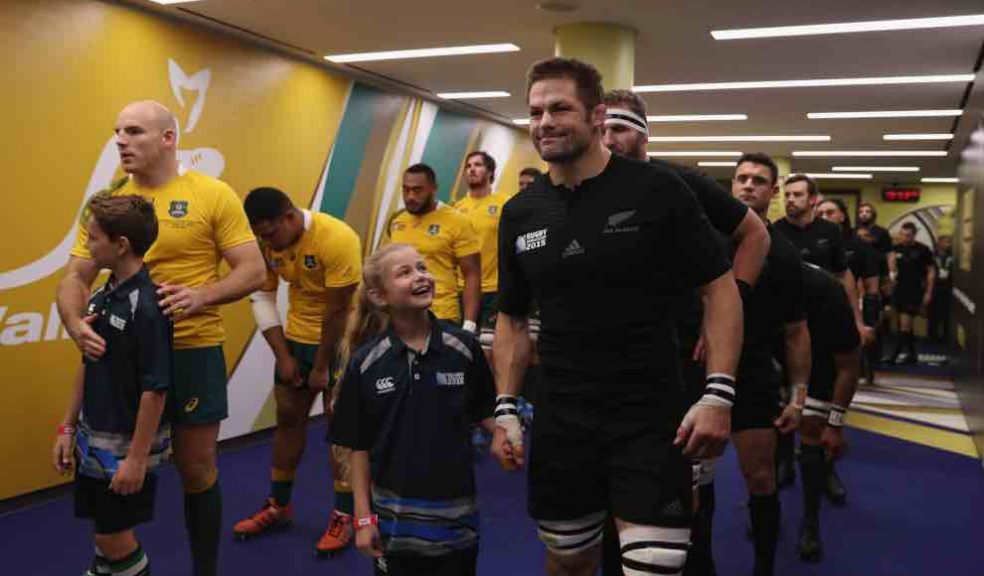 The prize includes a four-night trip to Japan for two (winner & chosen guardian), two match tickets, accommodation and return flights. The competition is open to children aged between 7 years and 13 years old.

The competition is open to enter by visiting the Land Rover activation in the West Fan Village between 11.30am and 3.00pm at this year’s Gallagher Premiership Final which is to be battled out by Exeter and Saracens at Twickenham stadium.

For your chance to win, entrants will be asked to submit a short video outlining why they deserve to be a Land Rover Mascot at the Rugby World Cup 2019, Japan.

Rugby World Cup Winner and Land Rover Ambassador, Martin Johnson said: “There is nothing quite like walking out the tunnel at a Rugby World Cup game, the atmosphere is electric, and it is an unbelievable experience. I’d urge any young rugby fan who is heading to Twickenham this weekend to take this opportunity to enter the competition and give themselves a chance of having a once in a lifetime experience.”

As a Worldwide Partner of Rugby World Cup 2019 (RWC 2019), Land Rover is recruiting 96 youngsters to win a once in a lifetime opportunity to be a match day mascot at the prestigious tournament in Japan.

Highlighting Land Rover’s commitment to grassroots rugby, 67 youngsters aged between 7-13 years old from Japan and 29 youngsters from other competing nations will be selected to walk out onto the pitch alongside a national team at one of the 48 matches from 20 September to 02 November 2019.