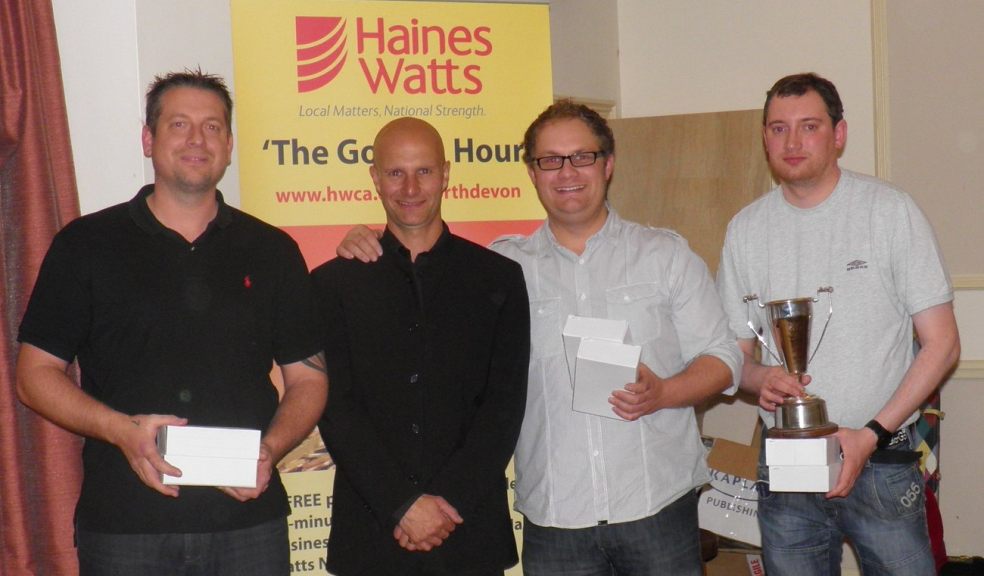 Haines Watts Partner Jonathan Gifford together with work colleague Jamie Thompson and fellow ‘Hustlers’ team members have been playing together for 5 years.  In two out of the last three years they have won the 1st division.

Trophy presenter and former professional Andy Hicks, made a tournament 147 maximum break in 2012 and is a former world championship semi-finalist.  On the night he played some exhibition frames against both winners and sponsors.

Jonathan Gifford of Haines Watts made a sponsors speech at the end of the presentation which included a mention of the late Kenny Walters a long-standing league and committee member who sadly passed away shortly before the presentation evening.

Jonathan Gifford, Partner Haines Watts North Devon LLP says: “The team spirit and enthusiasm of the ‘Hustlers’ helped us to victory and it’s great news for Haines Watts to win two very different types of awards in quick succession.  It was a very enjoyable evening for all and a fitting tribute to Kenny Walters who is sorely missed.”