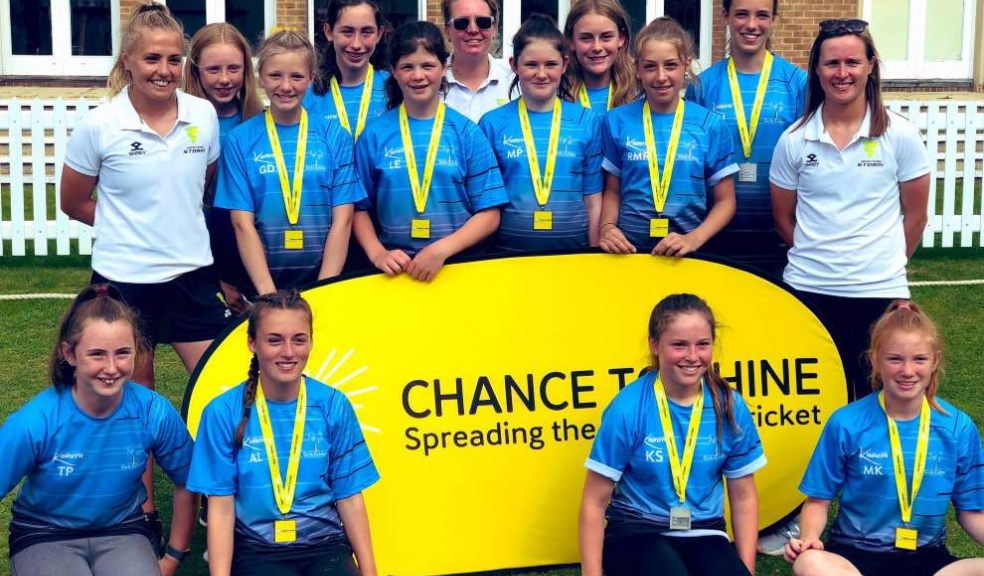 South Dartmoor Community College (SDCC) is celebrating after its boys’ and girls’ cricket teams were crowned among the best in the south west.

The school’s cricket teams took part in the regional Chance to Shine Finals, with the SDCC Under-13 boys’ team winning its competition. Their group wins included beating the Wiltshire and Somerset champions before they progressed to a three-way final round with the other group winners – Devonport High and Downend School.

Against Downend, South Dartmoor batted first with batsman Josh Hill retiring unbeaten on 20 out of a competitive total of 71 for 2. The team then took six wickets and restricted Downend to 39 with skipper Jack Ansley conceding just a single run off the final over. This marks SDCC’s fourth regional outdoor boys’ title, but the first for the Under-13 boys.

The Under-13 girls also celebrated after finishing as runners up in their competition, losing by just eight runs in the final to national champions, Castle School from Somerset. Across the year, the team have played 28 matches against opposing teams ranging from Under-13s to Under-16s, winning 26. This follows their strong performance at the Chance to Shine Indoor reginal finals, where they finished in the top 15 teams in the country, out of 876 teams who entered, encompassing both private and state schools.

The Under-15 girls’ team also took second place at the Chance to Shine Indoor national finals and finished sixth at this week’s regional outdoor regional finals. Many of the girls also play out of school for local teams including Bovey Tracey CC, Ipplepen CC and Chagford CC while Hannah Jones, from the Under-13s team, has been selected to play for Devon CCC and recently took her first wicket against Dorset CCC.

Rob Pryke, a geography teacher at SDCC who leads the school’s cricket teams, has been nominated for the Devon Cricket Outstanding Service to Cricket Award (OSCA) this year under the Proactive Leadership category. He said: “All our cricket teams have put in outstanding performances this season, and their commitment and dedication has truly paid off.

“The best schools for Wales, Devon, Cornwall, Somerset, Gloucestershire all take part, so we are thrilled to be named the best performing school in the county, an accolade which could not have been achieved without the support of our fantastic staff as well as our hard working and diligent students.”

Steven Dinnie, Director of Sport and Specialism at SDCC, said: “We couldn’t be prouder of our boys’ and girls’ cricket teams. We have had some amazing success throughout the year, and to top it off we are one of only a few select schools in the country who have been invited to play against the Marylebone Cricket Club (MCC) in an upcoming annual friendly. We have selected a mixture of current and past students from the school to play against a number of ex-professional players in the MCC team.

“We have also entered South Dartmoor for the top 100 cricket schools in the country, which is published by the Cricketer Magazine, so watch this space!”