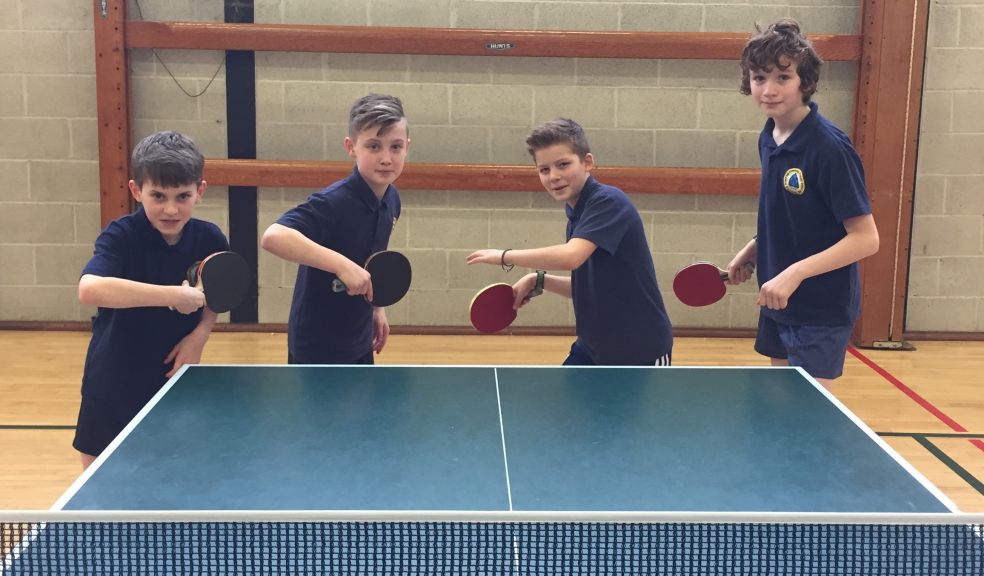 The under-11s boys’ team at Broadclyst Community Primary School (BCPS) have made it through to the regional final of the English Schools’ Table Tennis Butterfly National School Team Championship 2018, and will be competing at Bristol Academy of Sport on Saturday, 3 February for a place in the national finals.

The Broadclyst team - Ben (year 5) and Charlie, Marlon, Freddie, and Fraser (year 6) - were runners-up in the zone finals in Plymouth, when they played against teams from Dorset, Somerset and Cornwall. In the regional final, they will be facing some very challenging opponents, including two teams who won their zone finals in London.

The boys’ teacher, Michael Kimber, was very impressed with the whole team’s performance in the regional tournament on 14 January: “We were up against some exceptional players and Ben hadn’t even been to a competition before. Marlon won every one of his matches, but the next round will be a much tougher challenge!”

Charlie added: “I’m excited about playing the games and trying to win. I feel confident in my ability and know that it will be much harder than the last round, but I feel I will adapt to the difficulty of the games. I’m not very nervous yet and I’m really looking forward to it!”