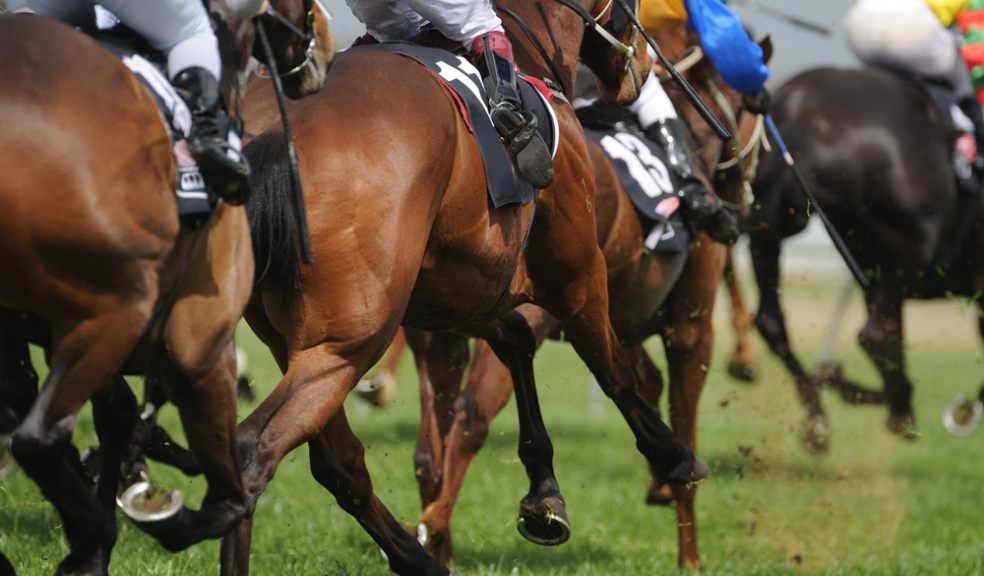 Next Tuesday sees the social highlight of the season at Newton Abbot with the popular St Austell Brewery, Ladies’ Day, mixing fashion with an evening of summer jumps racing.

The racing action starts at 6.00pm with the Triton Galleries Maiden Hurdle over two miles and six furlongs and the curtain comes down with the Welcome Back Again Sean Dooner Lady Amateur Riders´ Handicap Hurdle at 8.45pm.

The two most valuable races of the evening are the St Austell Brewery Novices´ Chase over an extended two miles and five furlongs and the teamremovals.com Handicap Hurdle.

There will be the usual competitions to find the best-dressed racegoer as the judges will be out and about the entire course selecting the finalists for the Best Dressed Lady, Best Dressed Gent and Best Hat competitions.

The VIP marquee will again be a feature of this year’s event and for £80 a person (£750 for a table of 10), there will be welcome drinks, a two-course summer buffet and fresh coffee and after dinner mints. To add to the entertainment, there is a fashion show and a live band to dance the night away.

Alongside VIP tickets, standard tickets are available at the normal price of £12 for Course Enclosure and £18 for Paddock Enclosure.

On Monday, champion jockey A P McCoy notched a double at the course, but had to share the limelight with the up-and-coming Gavin Sheehan, who could well be challenging for his crown in seasons to come.

McCoy was aboard Able Deputy in the day’s big race, the £11,000 newtonabbotraces.com Handicap Chase, and his supporters never really had an anxious moment as the combination justified favouritism in some style.

The Nephew, on whom McCoy had won over the course in April, cut out the running, but had a tendency to jump right, and was a spent force when Able Deputy came through on the inside going to the second-last fence and forge clear from the staying-on Bullet Street.

McCoy had scored earlier on Honour System in the Newton Abbot Racecourse On Facebook Handicap Hurdle. In a race full of incident, with Tenby Jewel unseating his jockey at the first flight and favourite Revani falling when in the lead three from home, Honour System cruised through to quickly assert and win with something in hand.

Sheehan’s first winner came in the attheraces.com Handicap Chase over three and a quarter miles with Irish raider Moss Grove, who proved best of the 16 runners, going to the front at the fourth-last fence and running on strongly to deny Rogue Dancer and Celtic Fella.

McCoy was aboard top-weight Dais Return in the longest race of the afternoon, the Independent Racecourse Limited, IRL Handicap Hurdle, but they could only finish third behind Silent Knight, who made just about all the running in the hands of Sheehan and justify market support that saw him backed from 13-2 in the morning to 11-4 at the off.

Racing returns to Newton Abbot Racecourse for Ladies Day on Tuesday 24th June with the first race at 6pm. Gates open at 4pm. Tickets are available in advance by calling the racecourse on 01626 353 235 or online at www.newtonabbotracing.com. Tickets will also be available on the gate on the day.