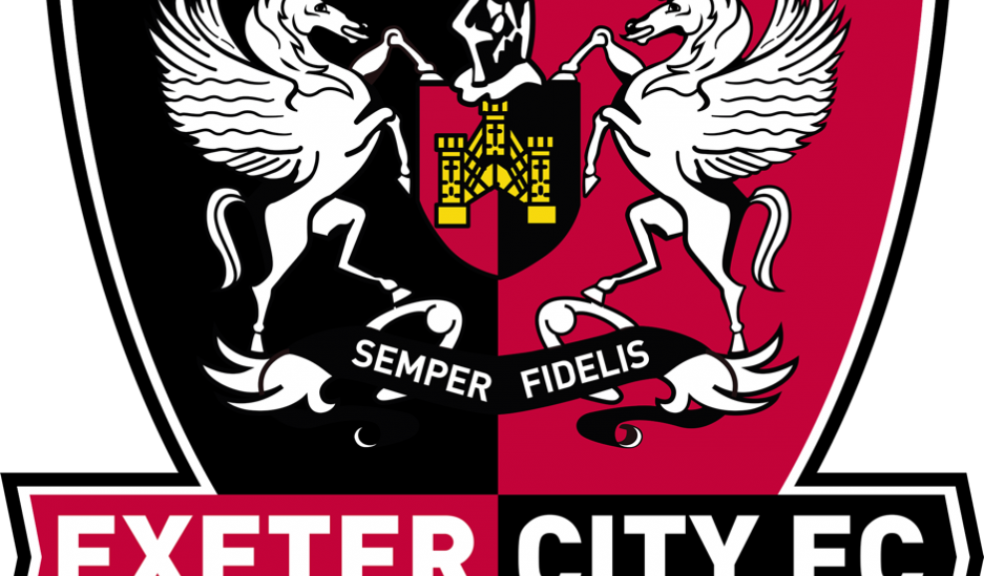 A goal apiece for Nicky Law and Lee Holmes added to a spectacular first-half finish from Matt Jay to see Exeter City triumph 3-0 over Colchester United at St James Park.

Jay's first half strike put the Grecians ahead on the cusp of half-time before Lee Holmes made the score 2-0 with a composed finish.

Nicky Law then rounded off an excellent day for the Grecians when he added to the score sheet with a close range finish as City bounced back from successive defeats.

Grecians boss Matt Taylor made four changes from the side that lost 2-1 at Northampton last week, with Dean Moxey, Ryan Bowman, and Lee Holmes all coming back into the side alongside Hiram Boateng, who made a long-awaited return to the starting 11.

An evenly contested opening period saw very few chances of note; City had consecutive corners after a quarter of an hour, with the second resulting in an appeal for handball, but referee Scott Oldham showed no interest. A third corner three minutes later then produced a shooting opportunity for the home side, but Boateng’s speculative effort was mishit and flew well wide.

The visitors began to probe the City backline, and after Kane Wilson recovered back from the Colchester half to the edge of his own box with one of his boots in his hand, Courtney Senior then intercepted a clearance by Craig Woodman and struck a fierce shot that Dara O’Shea did well to block.

There was a sense of déjà vu as City countered, won a corner and again had appeals for a handball turned down; Lee Holmes’ left-footed in-swingers proved a challenge to defend in the conditions.

Ryan Bowman’s physicality troubled the visitors, and City again appealed for a penalty as the Grecians' man was tripped in pursuit of a through ball - but the referee instead blew for offside against the City striker. An acrobatic effort from the forward on the edge of the box then looped agonisingly over the Colchester crossbar as City searched for the opener.

But it wouldn’t take them much longer: a minute before half-time, Kane Wilson propelled a long ball forwards, and Ryan Bowman somehow held off two defenders to chest the ball down to Matt Jay, who hit a spectacular volley that curled away from Rene Gilmartin and into the top-left corner.