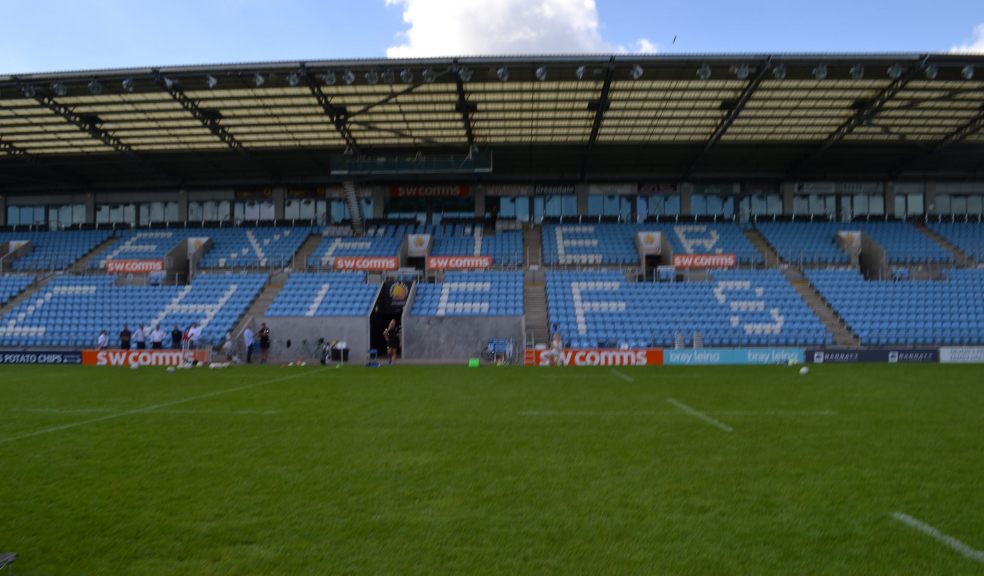 Long-serving back Phil Dollman, together with centre Ollie Devoto and winger Olly Woodburn, are the latest names to confirm they are extending their stays at Sandy Park.

Dollman – who is celebrating 10 years at the Chiefs this season – has put pen to paper on a new one-year deal, while Devoto and Woodburn have each signed two-year contracts.

Baxter said: “Obviously, we’re delighted that all three players see their futures with us.  In the case of Dollar, I think people will see what we’ve done in the past with some of our more senior players, where they get to that cycle of getting one-year rolling contracts, and how it’s worked for both us and the player themselves.

“In a lot of cases, a number of them have had these kinds of deals and then gone on to play for a number of years. For us, it works well to have those good people, who have been an integral part of our development and been a core part of the squad, still in and around the place moving forward.

“It’s important not only in terms of our culture, but also in terms of our strength of the squad moving forward to have characters like him, Gareth Steenson and Ben Moon. They’ve all been part of our journey over the years, but they’ve all developed step by step along the way.

“As we know, Dollar is a good player, whose played a lot of rugby for us over the years. He’s also a very popular member of the squad and he knows the club, inside and out, and for that reason you want to keep guys like him around for a while.”

Equally, Baxter is keen to ensure that younger members of the squad are also kept on board, so the decision to keep both Devoto and Woodburn is an equally big plus for the Chiefs’ Director of Rugby.

He added:  “Having guys like Woody and Devo extend their stays is just as important. Looking at both of them, they’ve obviously made significant contributions to us over the years but, at the same time, we feel with both of them that there is still more to come from them.

“As a coach, looking at players like that, it’s hugely exciting because we believe they can be the players that drive the standards and help take us to those next levels that we want to get to.

“Woody came to us a few years ago have only played sporadically in the Premiership, yet now he’s had a lot of game time at that level and in Europe and done very well.

“He’s been unfortunate with injuries this season, but I’m certain he will have a strong end to the season. If you remember, last season he was probably the top performing winger in the league, he was topping a lot of the stats, and that’s a great credit to him on how hard he has worked on his game.

“He seems to have maximised every opportunity afforded to him and he’s improved year on year with us. Just this week we were reviewing some footage of the game against Montpellier in the Champions Cup last season and he scored two incredible tries that day.

“You saw that day how dangerous he can be and the scoring prowess his possesses. Sadly, we’ve not had guys like him, Jack Nowell or Alex Cuthbert available for much of this season, so I’m delighted they are all back up and running because it will add so much to our attack.”

At the same time, Woodburn’s former Bath team-mate Devoto is another who has shined since arriving in Devon ahead of the 2016/17 season.

A Premiership winner in his debut campaign, the England international saw his second season hampered by a string of injuries. However, he has returned to form this season with deadly effect, even winning a recall back into Eddie Jones’ international plans.

Like Woodburn, Baxter is pleased to see the young centre agree to prolong his stay with the Chiefs.

“I said at the start of this season that having Devo back fully fit was like having a new international signing arrive at the club,” said Baxter. “Last season was hugely disappointing for him because of injury, but to his credit he’s worked incredibly hard to get himself back to where he wants to be, and now we’re seeing the results of all that hard work.

“Again, he’s a guy who is trying to improve his game all the time in an area which is probably one of the most competitive within our squad.  If you have look at what options we have there, we have real quality to choose from.

“Devo, though, is looking like he is coming to the fore again.  He’s had a very good season to date, he’s been rewarded for that form with a call-up into the England squad, and he’s one of those guys who we feel can have a real influence on where we want to go as a team in the future.”

And with the trio all signed up for the foreseeable future, Baxter says he is close to announcing terms with a number of other first-team players whose contracts are set to expire at the end of the current campaign.​