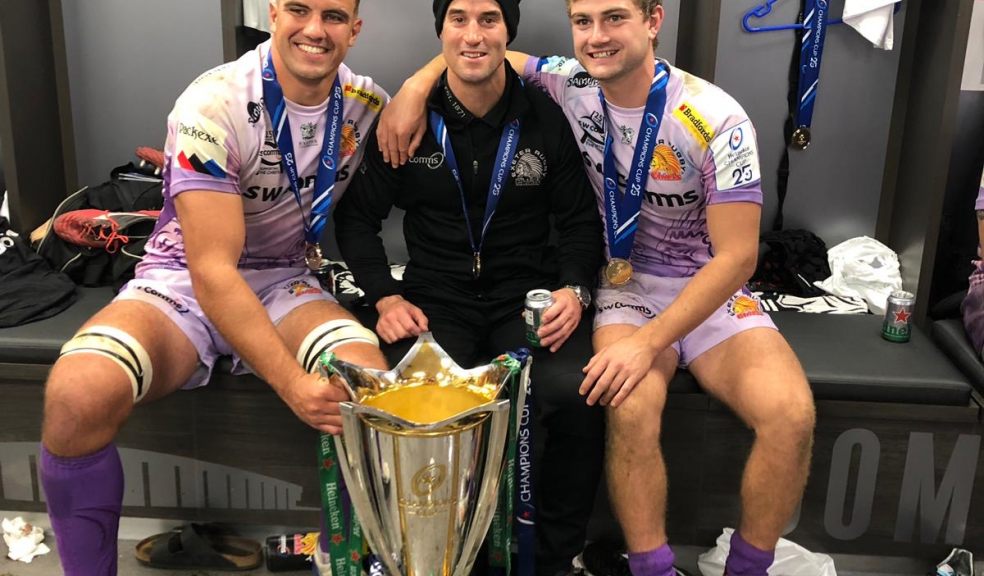 Jack Maunder started at scrum-half, Sam Skinner came on as a replacement and Haydn Thomas was among the coaching staff as the Chiefs beat Racing 92 to win the competition for the first time.

Maunder, capped once by England, studied Business Management at Exeter and played for the Chiefs during his time at university.

Skinner, now a Scotland international, studied Business Economics and captained the university to BUCS championship victory at Twickenham in 2017.

Thomas, a former scrum-half, studied Chemistry at Exeter and played rugby under Rob Baxter – who was then coaching at the university and is now director of rugby at the Chiefs.

"Having two recent alumni in Jack and Sam playing in the final along with Chiefs Senior Academy and University of Exeter first team head coach Haydn Thomas amongst the support staff, is something we are very proud of.

"Congratulations to them and the whole of the Exeter Chiefs side on an historic achievement and we hope for more of the same next weekend in the Premiership.”