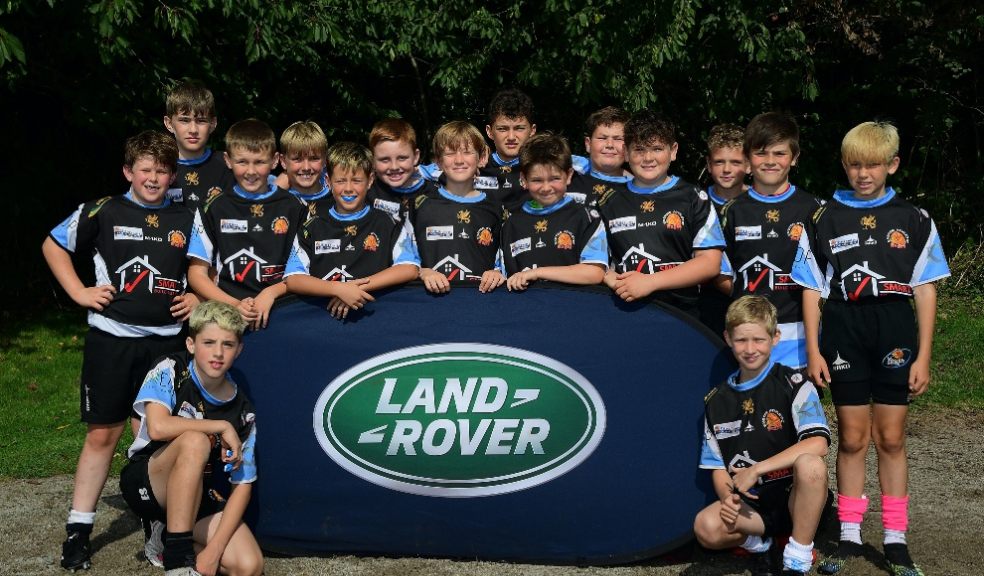 RUGBY is back with a bang in England after months of frustration caused by the Covid pandemic, meaning it was an opportunity for junior festivals to take centre stage this weekend as the Land Rover Premiership Rugby Cup returned at Exeter Chiefs.

Crediton Rugby Club hosted an exciting Under-11 and Under-12 grassroots developmental festival on Sunday as youngsters finally got the opportunity to lace up their boots again, with a myriad of teams from the West Country and surrounding areas locking horns.

This successful series of nationwide events, now running for nearly two decades and organised by Land Rover – the Official Vehicle of Premiership Rugby – has seen more than 100,000 children take part to date, with some realising their dreams of going on to play for Premiership Rugby clubs.

And for Exeter Athletic U12 star Oliver Lister, who has experienced a frustrating time away from the pitch, it was a memorable experience as his side finally got back to playing.

Lister, 11, said: “I was very excited to be here today. I’ve been playing since I was seven, so five years. I enjoy playing with my friends. I definitely want to be a rugby player one day.”

Exeter U11 player Cash Hawkins, 10, added: “I’ve had a great time today. I really want to be a player when I’m older. My favourite player is Ben Harris.”

The competition was a fantastic spectacle for those in attendance, with the highly competitive fixtures providing a meaningful platform for youngsters to develop their rugby skills.

There will be an U12 ‘winning’ team at each festival, with the prize being a Land Rover Premiership Rugby Cup Trophy and a trip to Twickenham for the Premiership Rugby Final, with the successful U11 team based on their demonstration of the core values of the game during the festival, respect, togetherness, strength of character and composure.

Graduates of the Land Rover Premiership Rugby Cup have gone on to realise their rugby ambitions, with several players now playing for Premiership Rugby clubs, including Louis Lynagh at Harlequins and Callum Chick at Newcastle Falcons.

Land Rover ambassador Lewis Moody, who racked up 71 caps for England, added: “The return of the Land Rover Premiership Rugby Cup across the country is a huge boost for grassroots rugby.

“It is one of the longest standing national series of rugby festivals for Under-11 and Under-12 youngsters and is always a date in season that clubs look forward to being part of.

“It cannot be underestimated how important these grassroots rugby events are for rugby in the UK. Youngsters will learn vital lessons by playing in these festivals, that will serve them on and off the rugby pitch.