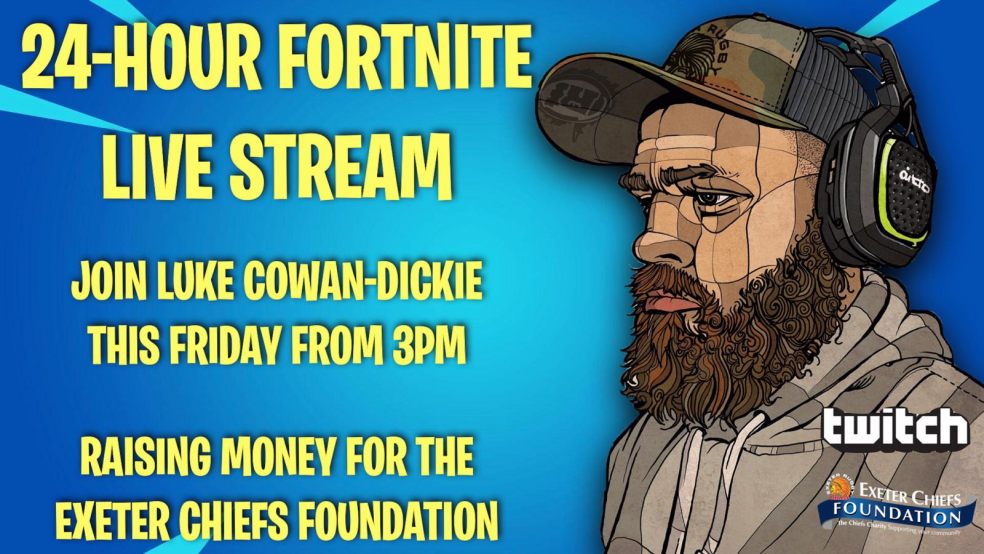 Ever wanted to play online video games with stars of the Exeter Chiefs?

Well, the opportunity has just arisen for you to do that.

The brainchild of Chiefs and England rugby star Luke Cowan-Dickie, himself an avid gamer, this Friday (May 15), he will be completing a mammoth 24-hours of live streaming.

Starting at 3pm, Luke will be joined by team-mates, friends, fans and fellow gamers in an event, which will also be helping to raise money for the club’s official charity, the Exeter Chiefs Foundation.

Looking ahead to the event, Luke said: “It will be great to get all Exeter Chiefs supporters involved, young and old. Chatting and staying connected, especially during a time like this, is so important. Most activities during lockdown have been stopped or limited, so I think gaming will be a fun way to keep people entertained for a few hours. Hopefully, we can raise some money for a great charity that has helped so many in the local area."

You will be able to watch the stream live from Luke’s Twitch Streaming Site - www.twitch.tv/COWANDICKIE

Get involved, join in with the chat on the stream, and help us to raise money for the Exeter Chiefs Foundation, whilst enjoying watching Luke play through the night on his favourite video game.

To donate to the Exeter Chiefs Foundation, visit: https://uk.virginmoneygiving.com/charity-web/charity/displayCharityCampaignPage.action?charityCampaignUrl=LCD24hrgamingmarathon​