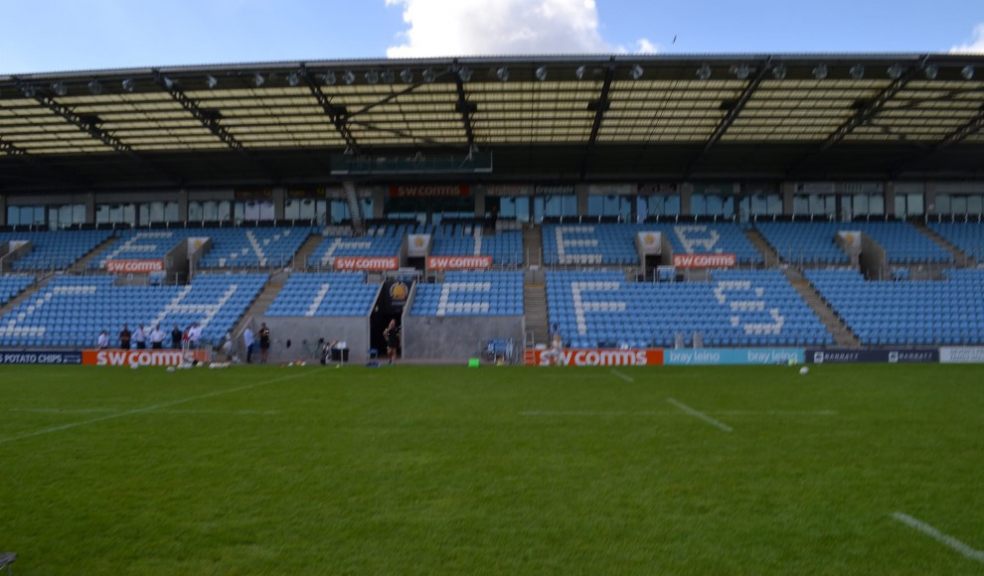 Exeter Chiefs Director of Rugby, Rob Baxter, says he is delighted that prop Harry Williams has pledged his long-term future to the club

Brought to Sandy Park in 2015 by Baxter from Championship side, Jersey Reds, the 28-year-old has since gone on to not only establish himself as a key cog in the Exeter pack, but also progress to Test Match status with England.

News that he is prolonging his stay with the current Gallagher Premiership league leaders will be music to the ears of Baxter, who often says that his best recruitment lies around those key players he is able to retain.

“Obviously, we’re delighted that Harry has agreed his new contract,” said Baxter. “If I’m being honest, the deal we agreed a while ago, but sometimes it takes a little bit of time for things to get officially confirmed. Now they are, it’s great that we are going to have him around the place for the foreseeable future.

“Since Harry arrived, he’s been a fantastic guy to work with. On and off the field, he brings so much to the place and, most importantly, he’s an important part of this Exeter Chiefs squad. His attitude and his commitment have been exactly what we expect and with all good guys, you want to keep them around the place for as long as possible.”

With almost 100 first-team appearances to his name, it’s little wonder that Baxter talks favourably of the London-born tight-head.

“We like to think we can create an environment here where a player can come and work hard,” continued Baxter. “At the same time, they have to be prepared to work hard and buy Into what is good for the team because when they do that they tend to thrive well themselves.

“Sometimes that is a difficult balance to achieve. It’s not difficult to overpay a player, but it’s difficult to pay a player a lot of money and keep a strong squad around them, hopefully that is the balance we are still trying to achieve here at the club.”

Indeed, Baxter’s future planning is well versed and with Williams the first of several current stars set to extend their stays at Sandy Park, the future for the Chiefs looks distinctly promising.

“I think with a lot of the negotiations we have at the club, they start with us saying to the player we want you to stay - and then the player saying he wants to stay,” explained Baxter. “That is always a good place to start. For me, it’s the right way for most conversations to start, because if it wasn’t the way the conversation started, we’d probably part ways anyway. That’s the way it has been for a number of years, and hopefully that way will continue.”

Having someone of Williams’ ilk commit is a big statement of intent from the Chiefs and Baxter, who believes there is still ‘more to come’ from the man himself.

“I think one of the nice things about Harry staying around is I always look forward to listening to his review when he comes into the office on a Monday and sits on the desk next to me and Rob Hunter and talks through his game and his goals for the next week,” said Baxter. “Those reviews are always interesting and can be talked through for half an hour in the most obscure ways.

“That said, he’s a character that I really like to spend time with.  He is one of those - and I’m sure he won’t mind me saying this - in the odd bunch that you encourage to be themselves. You look at him, he’s covered in tattoos, he’s got long hair, he dresses a bit different to everyone else, but he is happy and comfortable being his own man and having his own interests,

“But then he gets out on the field and he buys in to what being a tight-head prop in the Exeter Chiefs pack of forwards is all about. He buys into what we want as a team and he buys in to the fact that we want to work hard and we don’t want to have tight-head props who sit down at every scrum, or take a knee at line-outs. He has bought into that and that helps the rest of the team thrive and develop as well.

“All those things are big strengths of his - although he will admit as well, I don’t think he has peaked yet as a player. I know he has huge international ambitions, but he’s also one of those guys - and again this is the test of character as much as anything - he phones me up within five minutes of having some disappointing news that he’s not going to be involved that weekend with England, and he says make sure you pick me this weekend because I am desperate to play, I want to be back amongst the lads, and I want to get out there and win games of rugby.

“That’s not always the case with players. Sometimes you will see players come back from international camps and not play, that’s normally because they don’t want to play. A guy like Harry, on the other hand, is ready and desperate to play every single minute he can play. He has done exceptionally well, had some huge performances, and I think he can count himself being one of the real unlucky guys not to have played more International rugby in the past six months.”

Having been very much part and parcel of Eddie Jones’ plans prior to last year’s Rugby World Cup in Japan, Williams was left out of the final 31-man squad for the tournament.

Rather than sulk, he returned to Sandy Park and has played a big part in helping the Chiefs reach the summit of the Premiership, as well as the last eight of the Heineken Champions Cup.

“It feels like he’s used the disappointment positively for us, because his performances have been great this year,” said Baxter. “I have had conversations with him and yes he is hugely disappointed by it, but he is channeling that in the right way and as long as he keeps doing that there is no more I can ask of him.”