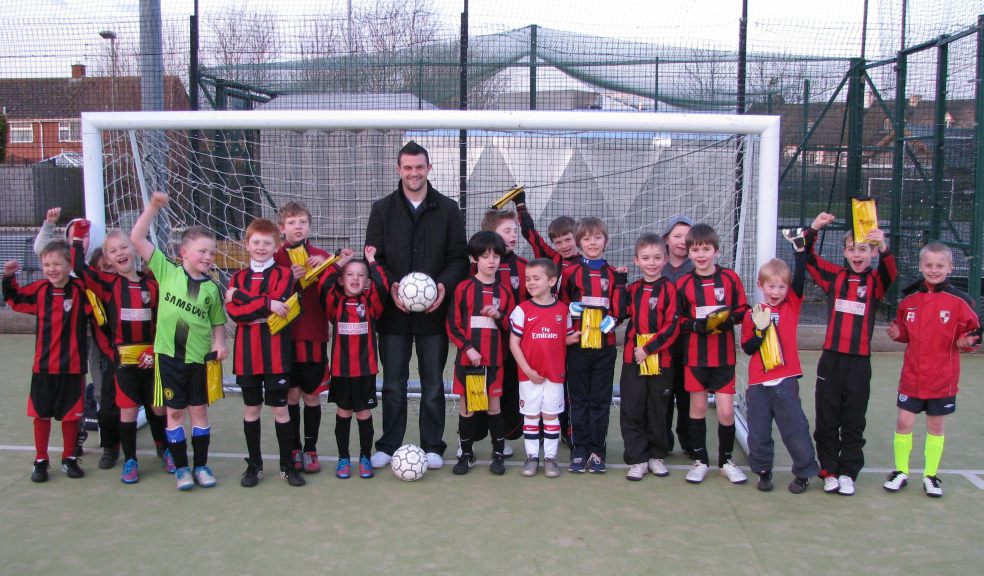 An Exeter-based youth football team has received a wonderful boost thanks to the generosity of a local charity established to mark the life and achievements of one of Exeter City's best-loved players.

The players and supporters of Central FC are celebrating at the news that they have received a £495 grant made by the Adam Stansfield Foundation. The money will be used by the club to buy new equipment, especially footballs. The Foundation was formed after the Exeter City player's death from bowel cancer in 2010. The Foundation was formed to give young people the unique opportunity to develop life skills through the power of football.

Central FC chairman Nigel Parker, said: "We are delighted that the Adam Stansfield Foundation has stepped in to help us. Footballs are one of the basic requirements of a club like ours! We regularly have more than 200 young footballers representing our teams each weekend. That means we get through a lot of footballs! At the beginning of this season our club took over the responsibility for running the ten public football pitches at the city's King George Playing Fields. This has added a considerable extra burden on our limited financial resources and also the volunteers who run Central FC. So the help of the Adam Stansfield Foundation is going to be a great boost for us all."

Nigel continued: "Adam Stansfield was such a great role-model for young people. He was lion-hearted, dedicated and brave. He also played the game with enjoyment. These are qualities that we encourage in our own young players. This generous donation from the Adam Stansfield Foundation will help to mean that we can continue to provide our boys and girls with a top-class footballing experience."

Another City legend, friend and team mate of Adam Stansfield, Steve Tully, was on hand to present Central FC players with their new equipment at a recent training session. Steve said: "Support for grassroots football clubs like Central FC is vital. It provides wonderful exercise and fun for hundreds of local children, and it may even lead to producing a footballer of the calibre of Adam Stansfield in the future. It's a vital part of the Foundation’s marvellous charitable work."

Formed in 1994, Central FC offers young people aged 6 to 18 the chance to play the game in an enjoyable and supportive atmosphere. It runs 12 youth teams with the help of more than 30 unpaid volunteers. Players and their parents interested in joining the club should visit its website www.centralfootballclub.co.uk