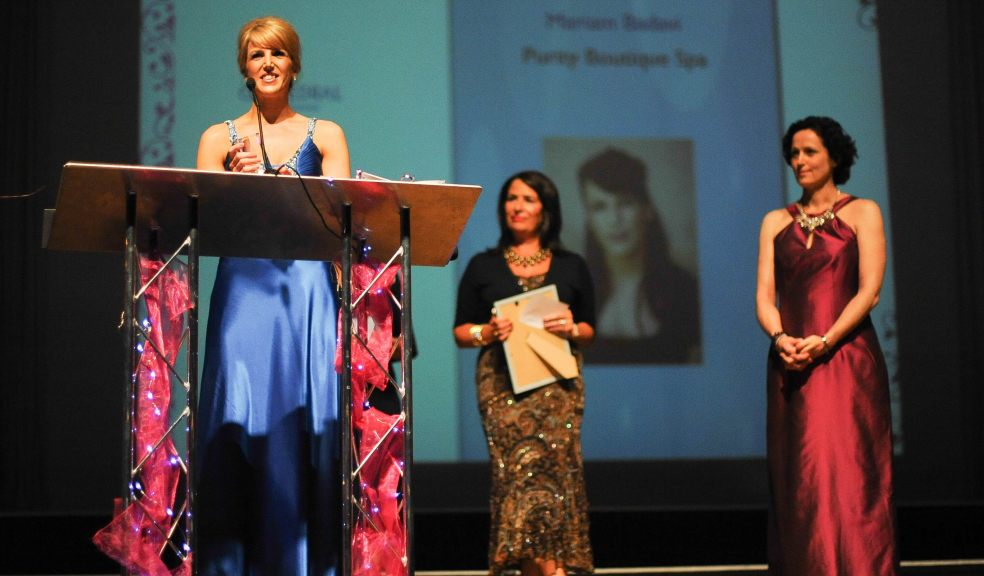 Mariam Badavi, owner of Exeter’s Purity Boutique Spa, is continuing her Venus Awards journey by becoming a 2014 ambassador for the NatWest Venus Awards Devon, aimed at celebrating women in business.

Mariam, who in 2013 won the Devon and national ‘Employer of the Year’ Venus Award titles, is spreading the word to women about the benefits of entering and encouraging people to either nominate themselves or someone who they think deserves recognition.

Mariam says: “I am delighted to have been chosen as an ambassador for the 2014 Natwest Venus Awards Devon and I hope to encourage as many women as possible to either enter themselves or someone they know. There are several award categories to choose from and the process is straight forward. It is a great opportunity to network with other women in business and to meet lots of inspirational people."

Celia Delaney, who is running the Devon awards, which are supported by local companies, including the Exeter Daily, comments: “Mariam was an obvious choice for the Venus ambassador role this year. Mariam captures the spirit of the Venus Awards, which aims to recognise as many women as possible for their hard work and achievements. A mother of three children who also promotes skin care for teenagers, Mariam is one inspirational woman!

"She has witnessed first-hand how much exposure the awards have brought to her own business and now she is taking the time to speak to women about how they could do this in their own businesses."

To find out more about the awards, include details on how to nominate, visit www.venusawards.co.uk.

For further information about the Venus Awards please contact Celia Delaney on 01392 215 389 or events@celiadelaney.co.uk.