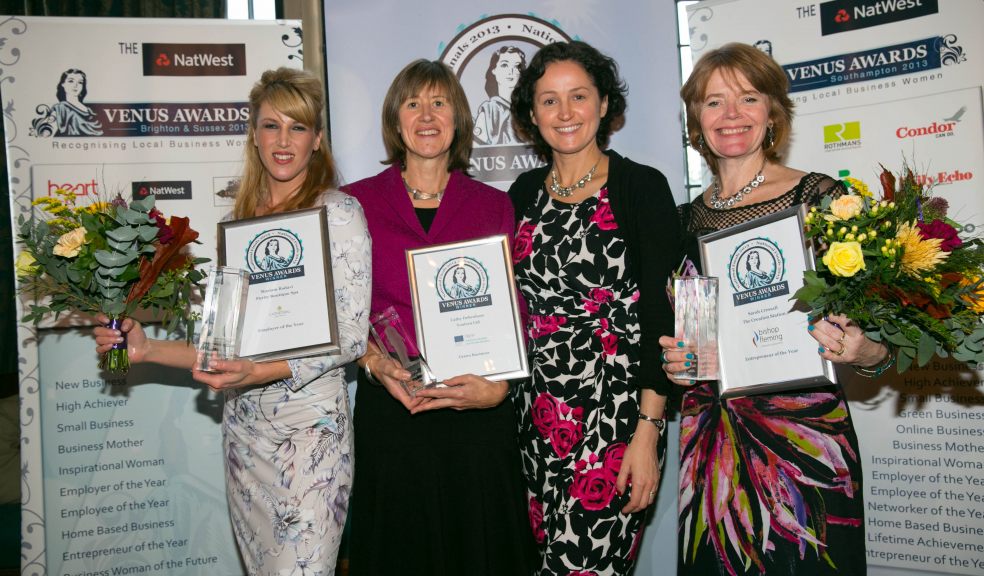 Three Devon winners of the county’s inaugural NatWest Venus Awards have triumphed in the national finals of the competition.

Mariam Badavi, who runs Purity Spa in Exeter, won the Employer of The Year title. East Devon businesswomen Sarah Cressall, of The Creation Station, was named was named Entrepreneur of The Year and Cathy Debenham of YouGen, won the Green Business Award.

The trio were up against regional winners from all over the south of England.

The prize-giving ceremony was held at Rhinefield House Hotel in the New Forest. The event was hosted by the founder of the Venus Awards, West country hotelier Tara Howard, and Celia Delaney, of Exeter-based company, SpeakingSuccess.

Bishop Fleming partner, Hazel Tucker, said:  "We started out as one of the first companies to come on board with the awards in Devon and the reaction we have had has been fantastic. It's opened up all kinds of opportunities and conversations for us, and having our category's winner, Sarah Cressall, awarded National Entrepreneur of the Year really was the icing on the cake."

Tara Howard created the Venus Awards to recognise local business women across the UK. Established in many regions such as Dorset, Southampton, Devon, and Brighton and soon to be expanded to Bristol, Portsmouth and Cardiff, Tara is committed to taking the Venus Awards to more regions across the country, following requests from women to bring the awards to their town.

She said: “From the moment you walked into the room, you could feel a buzz of anticipation. The excited, enthusiastic and glamorous business women all gathered in the hall, waiting to hear the winners declared and to collect their awards.  Following a sumptuous three-course meal, the winners were announced and were presented with their certificates and awards. The day was a resounding success.”