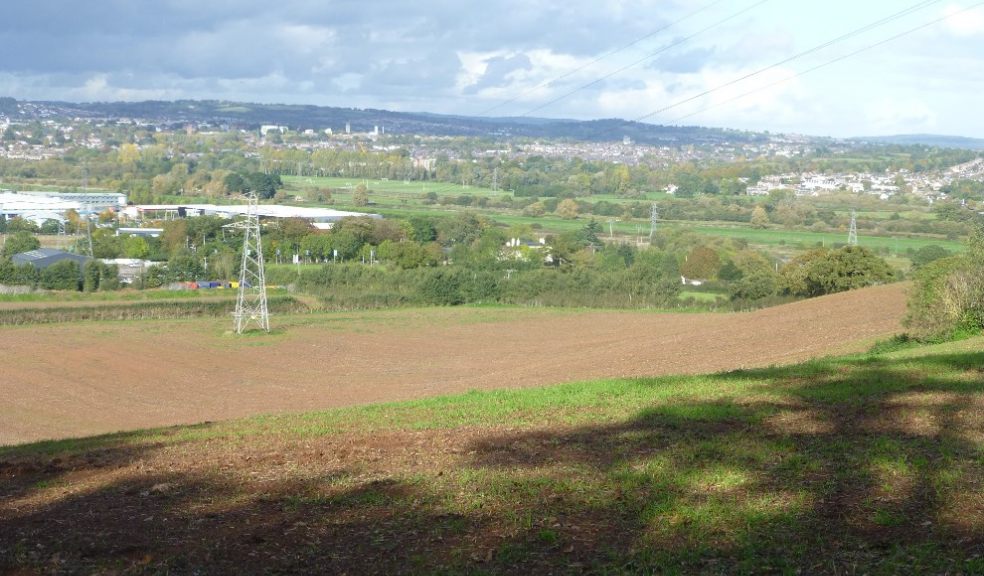 The first phase of a £55 million infrastructure project on the outskirts of Exeter will get underway next month.

A series of new infrastructure improvements are needed to help unlock the development of around 2,500 homes, employment land, and a primary and secondary school to the south west of Exeter. The scheme includes the construction of new roads and junctions, upgrades to existing routes, development of a new pedestrian and cycle bridge and a new public park

Work will start on the Eastern Junction on Monday 10 August - the first junction to be delivered as part of the project.

The Eastern Junction is a new signalised junction on the A379 between the Devon Hotel and Matford Roundabouts which will provide access and a road into the proposed development area.

This four-lane section of the A379 currently has no crossing facilities for pedestrians and cyclists near Matford roundabout, but this scheme will deliver a new toucan crossing on the approach to Matford roundabout linking the development to the existing pedestrian and cycle route. Where possible the existing shared use path on the south side of the road will also be widened.

While work is carried out, a contraflow system is likely to be in place on the A379 between Matford and Devon Hotel roundabout. Some overnight closures may also be needed.

Similar traffic management arrangements are expected to be needed during the construction of the School Access Junction, which is expected to follow on later in the year. This will be another new signalised junction on the A379, located between the Devon Hotel roundabout and the existing junction with Chudleigh Road. This will unlock land for the development of a new primary and secondary school and new homes.

Contractor Alun Griffiths is constructing the Eastern Junction, and work is expected to be complete by the end of April 2021.

Councillor Andrea Davis, Devon County Council Cabinet Member for Infrastructure, Development and Waste, said: “It's encouraging to see work starting on these important infrastructure improvements to the south west of Exeter. The local economy has been hit extremely hard during the coronavirus pandemic, and this type of scheme will help to ensure a strong recovery for the county. This area has been earmarked for major growth in Teignbridge District Council’s Local Plan and Exeter City Council’s Core Strategy, and the delivery of new homes, schools and jobs will rely on the infrastructure being in place to open up the development land.”

Councillor Alan Connett, County Councillor for Exminster and Haldon, said: “The works when completed will offer improvements and I am assured any disruption will be kept to a minimum. The works do need to be done as part of the significant housing development around the Devon Hotel, including a new school and community facilities.”

Councillor Yvonne Atkinson, Devon County Councillor for Alphington and Cowick, said: “I welcome work beginning on improving the highways infrastructure to accommodate the development of 2,000 new homes in Teignbridge on the Exeter border and around 500 in Exeter which Exeter City Council say must include at least 30% much needed social or affordable homes. I am pleased Devon County Council is overseeing the improvements not the developers. Residents of Alphington are keen to see new infrastructure for sustainable travel to connect to Exeter City Centre to reduce the effect on Alphington from car journey by residents of these new homes and commuters.”

For more information go to www.devon.gov.uk/swexeter