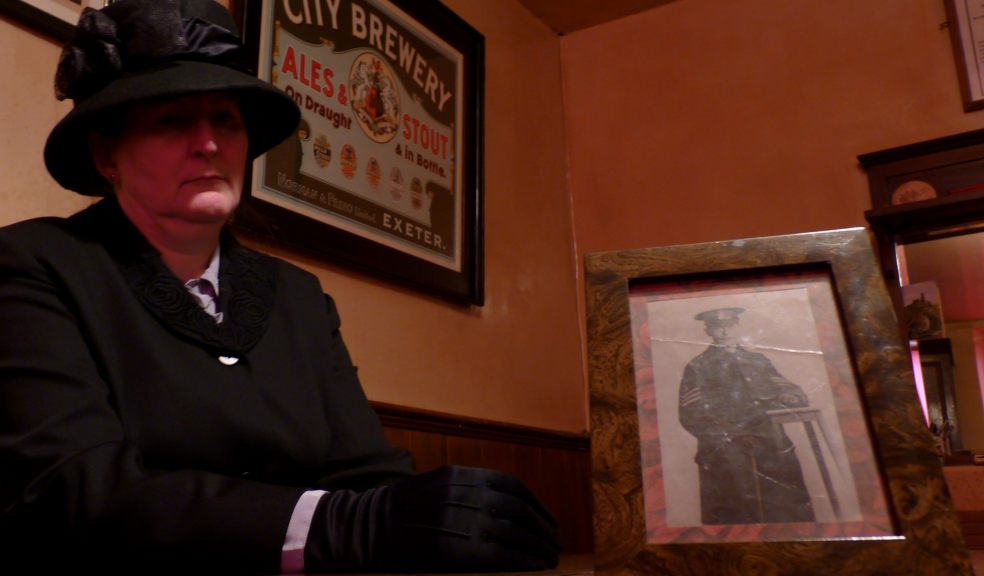 Buckfastleigh people are staging a performance of poetry and the spoken word to mark the centenary of World War One.

Tipperary Days is taking place in the atmospheric period surroundings of the Valiant Soldier, the former pub that is now a heritage attraction. The shows, between Thursday May 29th and Saturday May 31st, will be performed by members of the Buckfastleigh Drama Group and by Rosemary Jessop.

The poetry is by a range of contemporary writers, including Thomas Hardy, Wilfred Owen, Rudyard Kipling and Siegfried Sassoon, some of whom were killed in the Great War.

The audience will move from room to room to meet different characters. As well as poems, the members of the Buckfastleigh Drama Group will share insights into local life during the War. The anecdotes, researched by family historian Anne Goulborn, will highlight how the Great War brought social changes in education, employment and on the land, explain the problems endured by the people at home and show how communities supported the troops.

Writer and actress Rosemary Jessop will perform her own moving monologue as a farmer’s wife, a mother whose son is killed in battle. Says Rosemary: “She is every mother, her son, Tommy, could be any son.” She has drawn on aspects of her own family history for inspiration, and has also written a new poem for the event.

“I love writing and performing. I have been writing poetry for years and am putting the final touches to a novel. I have had small acting parts in film and TV, do a bit of historical re-enacting from time to time and have been a costumed guide.”

If this production goes well she is hoping to write a radio play based on the monologue.

Tipperary Days performances will be at 6.30pm and 8.00 pm each day. Because of limited space, audiences will be restricted to just 12 people per performance.