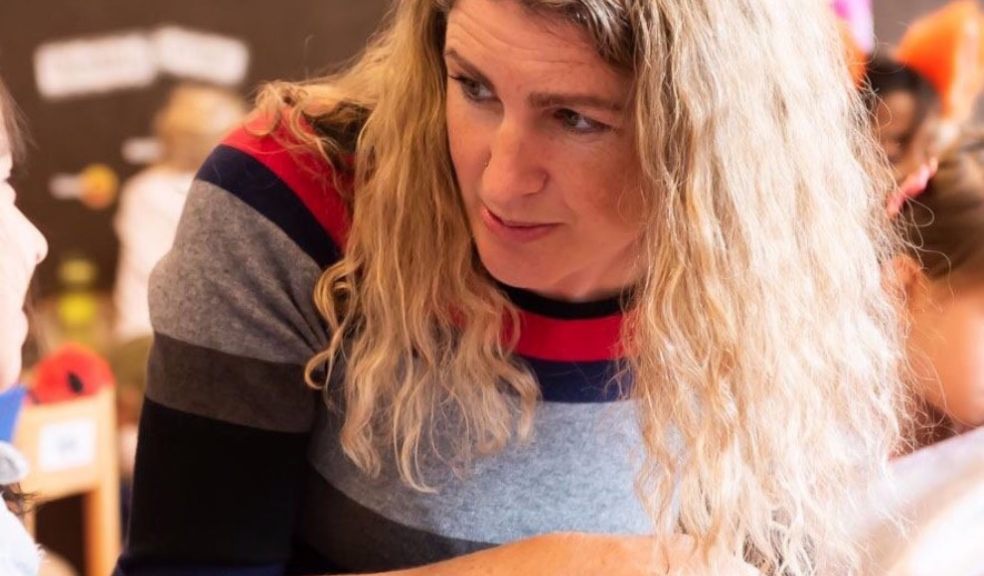 A poignant and timely story that addresses the current global refugee crisis, written by a University of Exeter academic, has been named as one of the “Best Children’s Books of the Year” by Time Magazine.

Lubna and Pebble, by Dr Wendy O’Shea-Meddour, is being used across the world to build empathy skills and open difficult conversations about what it means to be a refugee.

In this book, illustrated by Daniel Egneus, the main character Lubna lands in a “world of tents” and tells her best friend, a pebble, everything about her “home” and “the war”. Even in desperate times, she manages to support another little boy and pass on a message of friendship and hope.

As well as receiving global recognition in Time Magazine, during the last few months, it has also been nominated for the highly prestigious CLIP Kate Greenaway Award, shortlisted for the UKLA Awards, shortlisted for the Teach Primary Awards, and features on the US Library Association’s ‘Notable Book Award’ and the New York Library’s ‘Best Children’s Books of 2019’ list.

Lubna and Pebble is being used by educators and carers in refugee camps across Greece to help children overcome traumatic experiences, but also, to help children across the world better understand the plight of refugees. In the UK, this is being done in collaboration with organisations like Empathy Lab, and forms part of a sustained research-led attempt to embed ‘empathy skills’ into the curriculum and encourage social action.

Dr O’Shea-Meddour, who teaches creative writing in the Department of English, said: "Before publication, many in the publishing industry considered Lubna and Pebble to be too ‘political’ for children. However, the global response has been overwhelming positive and shows that there is a real need for this sort of book."

The refugee crisis is undoubtedly a challenging topic for a book intended for 3 – 7 year olds, but Dr O’Shea-Meddour is known for tackling difficult themes with sensitivity: "If written in the right way, books like Lubna and Pebble can create a safe space for children and parents to discuss challenging topics. The refugee crisis is a hard thing to talk about, but picture books give adults and children a gentle way of talking honestly and openly about frightening feelings and experiences. I’m very moved by the impact the book is having around the world, and the recognition it is being given by literary judges and now Time Magazine.”

Since her debut was shortlisted for the ‘Branford Boase Outstanding First Novel’ Award in 2012, Dr O’Shea-Meddour has published 18 children’s books. Her latest, Tibble & Grandpa, addresses loss and grief, and like Lubna and Pebble, is being used by organisations like Empathy Lab to support children and their families.

Dr O’Shea-Meddour, who is also carrying out research on the role picture books have on children’s mental health and wellbeing, said: “It’s a real privilege to write for children, and to try and create stories that have a positive impact on their young lives. We are yet to fully understand how stories help children process and understand the more frightening realities of this world, but I am delighted to be at the centre of this research.”