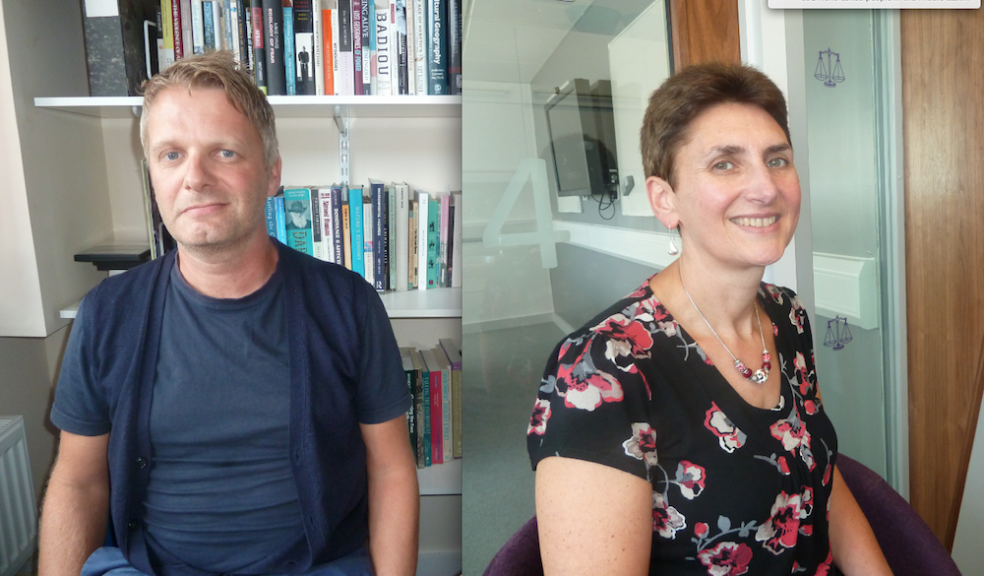 The Academy of Social Sciences has conferred the award of Academician on 51 leading social scientists, including Professor Anne Barlow from the University of Exeter’s Law School and Stephen Hinchliffe, Professor of Human Geography within Exeter’s College of Life and Environmental Sciences.

The national Academy represents distinguished academics, societies and practitioners in the social sciences. It has over 900 individual Academicians, who are eminent scholars and practitioners from academia and the public and private sectors.  Recipients have a wide range of expertise in the social sciences, including education, urban studies, social policy, gerontology, law, politics, sociology, criminology, geography and linguistics.

Being an Academician means that a peer group has reviewed the standing and impact of their work and found it worthy of the conferment of the award.  Academicians are entitled to put letters “AcSS” after their name and this too grants status and peer recognition.

Professor Anne Barlow is the first member of the Law School at Exeter to receive such an honour and only the second woman within the University of Exeter as a whole.  She is a leading socio-legal researcher whose major area of research is in Family Law and Policy.  Her work is best known for having used social science methods to prove the existence of ‘the common law marriage myth’, whereby people falsely believe couples who live together have the same rights as if they were married.  Professor Barlow is currently Vice-Chair of the Socio-Legal Studies Association and was nominated to AcSS for the award by the Society of Legal Scholars.  She is currently leading an ESRC-funded project Mapping Paths to Family Justice on Family Dispute Resolution.

She said: “I am delighted and honoured to have received recognition from the Academy of Social Sciences by being made one of its new Academicians.  The Academy is a vital force in both representing the social sciences and in advocating the importance of social science to policy makers and government where appropriate.”

Steve Hinchliffe is a Professor of Human Geography and the author and editor of numerous books and articles on issues ranging from risk and food, to disease dynamics and biosecurity, urban ecologies and nature conservation.  He is best known for ‘theorising spatially and empirically’, and investigates the difference that a geographical or spatial analysis makes to how we conceptualise and address socio-environmental issues, social change and decisions in conditions of uncertainty.
Professor Hinchcliffe’s work has been funded by the ESRC and EU, and he currently leads the University of Exeter’s interdisciplinary research strategy on Science, Technology and Culture.  He is an appointed member of the UK’s Food Standards Agency (FSA) Social Science Research Committee, where he advises on public communication and food system dynamics..

The prestige associated with joining an esteemed group of social scientists from across the UK, is of great significance, according to Professor Hinchliffe.  He said: “I’m passionate about the role of social science in public life and higher education.  Having spent recent years of my career working with government agencies, non-governmental groups and sitting on cross-sectoral research bodies, I’m conscious of the need to promote the best social science and to convince sometimes sceptical audiences of the value that a social imagination can bring to difficult problems and issues.  For that reason I’m delighted to be part of the Academy – it is a key organisation in promoting social science and ensuring that the formidable body of knowledge and expertise within the social sciences is properly engaged in policy, critical enquiry and in educating a new generation of social scientists”.

Typically, the award would not be bestowed until the person being nominated is in mid career, with significant achievements to their name, and they must have contributed to social science more broadly than the normal demands of their job. This contribution can be the area of thought leadership, practitioner applications or policy development.