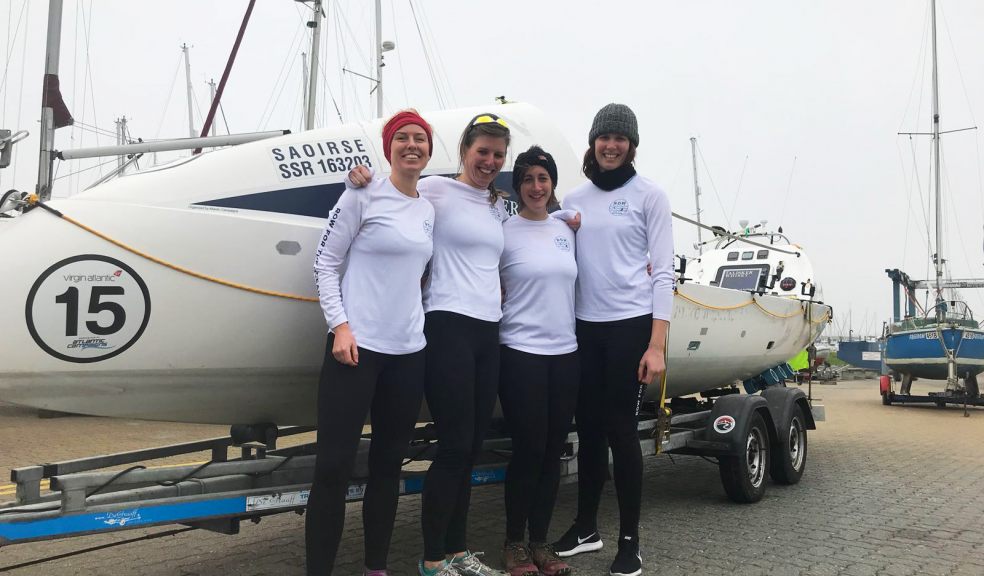 With World Oceans Day on the horizon this Friday, the four women behind Exeter’s ‘Row for the Ocean’ team are urging people to help them reach their £10,000 crowdfunding target as the campaign enters its final week.

Kirsty Barker, Rosalind Holsgrove-West, Kate Salmon, and Laura Try launched their Crowdfunder in May in the final push to fund their transatlantic challenge in December. Supported by local company P1 Investment and other sponsors, they will be making a record-breaking attempt to row, unsupported, 3,000 miles from the Canary Islands to the West Indies in the Talisker Whisky Atlantic Challenge Race.

‘Row for the Ocean’ aims to raise £60,000 for South-West based charity Surfers Against Sewage. The money will fund SAS’s Ocean Schools programme which teaches children about the effects of plastic pollution on ocean wildlife. The women are also using the race as a platform for the Plastic Free Exeter campaign, which they set up alongside local volunteers to get the city’s population to reduce its reliance on single-use plastics.

Team member Kate Salmon says, “This really is a race against time in many ways. We have until 8pm on June 17th to raise the £10,000 needed to make our challenge possible. We hope people across Exeter and further afield will back our campaign against single-use plastic by donating to our crowdfunding campaign.”

She added, “We’ll be braving 40 ft waves, exhaustion, dehydration and a raft of other challenges during our weeks at sea to raise awareness of the ocean plastics issue and Plastic Free Exeter. Please donate if you can.”

To see the team’s latest video and pledge support, go to www.crowdfunder.co.uk/rowfortheocean