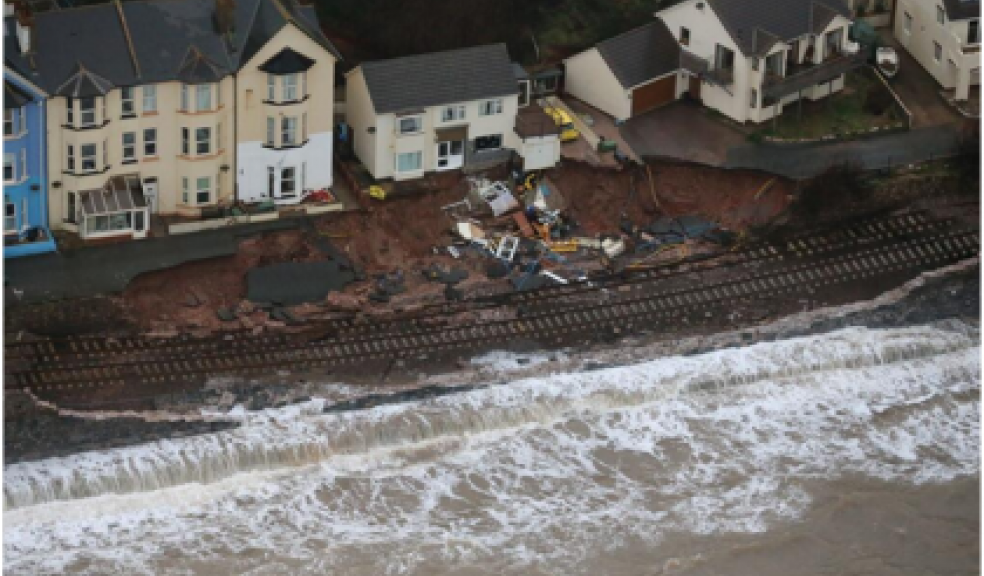 On the first anniversary of the notorious storms at Dawlish, time-lapse photography shows the extensive work undertaken by Network Rail’s ‘orange army’ over the last year to restore the south west’s rail connection and make the area more resilient for the future.

As has been widely reported, very strong winds and high seas over 4 and 5 February 2014 severely damaged the railway line that runs through Dawlish, causing a section of it to be washed away, along with part of the sea wall, the platforms at Dawlish station and sections of the coastal path.

The ‘orange army’ arrived on site immediately, but with 80 metres of track engulfed by the sea and a work site that extended over three miles from Dawlish Warren to Teignmouth, over 300 staff were required to work day and night, around the tides, to ensure the railway line and its surrounding area were repaired as expediently as possible. This intensive work culminated in the line reopening on 4 April 2014, almost two weeks ahead of schedule.

Tom Kirkham, project manager at Network Rail, said: “The scale of the damage we encountered when we first arrived on site was unprecedented. We knew we had to restore the south west’s rail connection as quickly and safely as possible, but the conditions we had to work around, including bad weather and fluctuating tides, made this task all the more difficult.”

Following further repairs to the sea wall and walkways, the ‘orange army’s’ focus moved on to making the area more resilient to reduce the likelihood of a repeat of the scale of last year’s damage. This continues to include cliff stabilisation work between Teignmouth and Dawlish, and improvements to the section of walkway between Rockstone and Coast Guard footbridges, namely the building of a new wall in front of the existing sea wall to provide further protection, and the reconstruction of the walkway so that its height is level with the sections on either side. Once complete, this will mean that the walkway can be used in all tidal conditions, whereas historically this section was not accessible during high tides.

To finish this work and ensure the railway can continue to operate as normal, two temporary barges have been set up on the beach, next to the railway line, to act as a base from which the ‘orange army’ can work, minimising disruption to passengers.

Tom continued: “The reopening of the railway line was just the start of a long process that is continuing to involve extensive work to make the area more weatherproof for the future.

“This work has presented its own challenges, not only are we working around the weather and tides, but also an operational railway, a work site that extends over three miles, and a complex set of issues that require different skills and equipment. Saying that, a year on we are nearing the end of this work, which weather permitting we hope will be complete in the spring.

“I would like to thank the local community for their continued patience and support, and reassure them that our staff are working round-the-clock to complete this essential improvement work as quickly and safely as possible.”

Dawlish, one year on