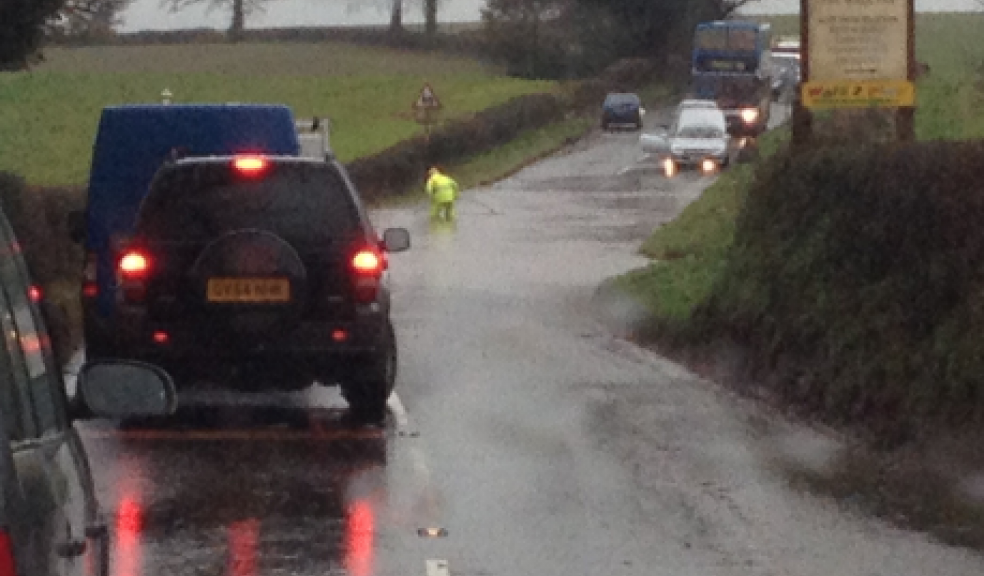 The A380 between Splatford Split, Kennford and Kingsteignton has been closed in both directions because of an unsafe building as strong winds and torrential rain continue to batter the region.

A358 Devon - A358 Weycroft Bridge in Axminster closed in both directions near the Lodge Lane junction, because of flooding.

A38 Devon - A38 Tamar Bridge in Plymouth closed to high sided vehicles between The Toll Booths, St Budeaux, Plymouth and Saltash, Cornwall, because of strong winds.

A380 Devon - Debris on the road on A380 Torquay Road in Kingskerswell near the Moorpark Road junction. Approach with care.

A380 Devon - Traffic light failure on A380 Besigheim Way in Newton Abbot at Penn Inn Roundabout.

A382 Devon - The road is just passable on A382 between Moretonhampstead and Whiddon Down, because of flooding.

B3178 Devon - Flooding on B3178 Salterton Road in Exmouth near the Capel Lane junction.

B3212 Devon - Flooding on B3212 Dousland Road in Yelverton between the Binkham Hill junction and the Sharpitor Row junction.

B3212 Devon - B3212 in Dunsford, Dartmoor blocked in both directions near the Lee Lane junction, because of flooding.

Devon - Town Lane in Woodbury blocked between the Castle Lane junction and the B3179 Broadway junction, because of a fallen tree and fallen power cables.

Devon - Monmouth Street in Topsham partially blocked near the Monmouth Hill junction, because of debris on the road. Approach with care.

Devon - Church Road in Powderham partially blocked near The Strand junction, because of a fallen tree.

Devon - Flooding on Chapel Hill in Uffculme near the High Street junction. Approach with care.