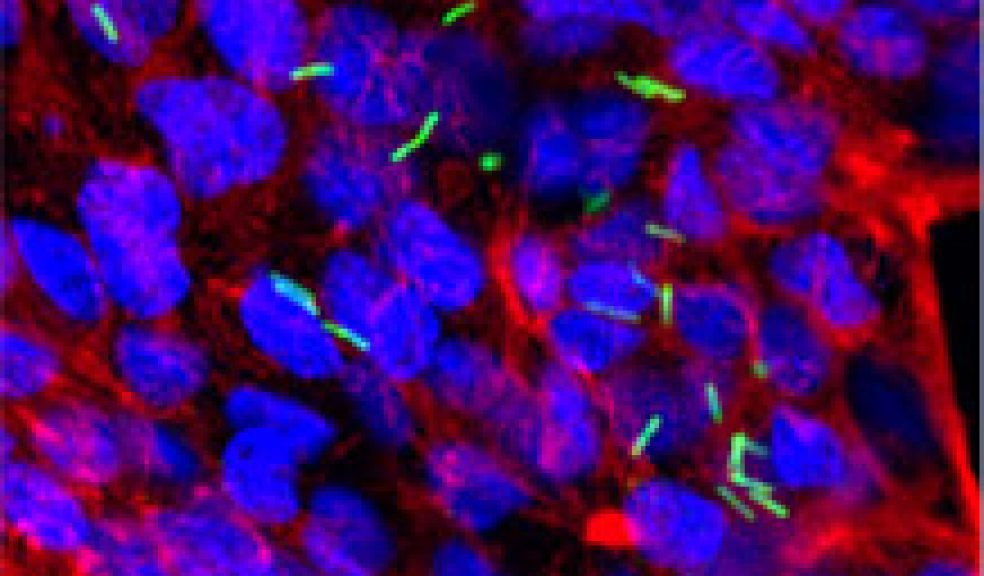 A test to predict which patients are most at risk from the Clostridium difficile (C. diff) infection has been developed, offering potential benefits to patients, hospitals and health services around the world.

A Clostridium difficile (C. diff) infection is one that can affect the digestive system and most commonly affects people staying in hospital. It is not generally a problem for healthy people but may infect those on antibiotics with an imbalance of ‘good bacteria’ in the gut.

A research paper published on 2 August 2013, in BMC Infectious Diseases has for the first time identified a unique four-point test using easily measurable clinical variables which can be used to accurately predict the death risk to patients from C. diff. Accurate prediction means that those patients at risk can be managed accordingly by the clinical team.

There were 17,414 reported cases in England in 2011 and C. diff related deaths accounted for 1.1 per cent of all deaths in England and Wales between 2006 and 2010. Patients over the age of 65 have particular risk of dying from a C. diff infection. Of those, 20 per cent are likely to have a recurrence of infection once antibiotics are withdrawn, and there is growing concern regarding the increasing number of C. diff strains resistant to drug therapies.

The research team behind the study are from the University of Exeter and the Royal Devon & Exeter NHS Foundation Trust (RD&E) and are supported by the National Institute for Health Research Collaboration for Leadership in Applied Health Research and Care in the South West Peninsula (NIHR PenCLAHRC).

Joint lead author of the study was Dr. Steve Michell, Senior Lecturer in Molecular Microbiology at the University of Exeter. He said: “Our findings are exciting because they identify a simple, accurate and robust method to identify those patients who are at risk of dying from a C. diff infection. The clinical variables identified are easily measurable, using tests that are commonly carried out in hospital. The results of our study strengthen the evidence for establishing the use of this rule in clinical settings: the benefits to patient well-being, the efficient management of infection in hospital and potential savings to the NHS and other health services around the world, would be immense.”

He added: “Our thanks go to colleagues at the RD&E and their patients for their involvement in this study.”

The study analysed the clinical notes of 213 patients who had been transferred to the RD&E’s specialised C. diff ward between 2007 and 2009. The RD&E’s C. diff rate was below the national average during this timescale.

Analysis of the clinical notes, wider information gathered while the patients were in hospital and a follow-up a minimum of 30-days post-discharge, was used by the research team to identify the four points of the test.

These include: serum albumin levels (protein in blood plasma); respiratory rate; C-reactive protein (a protein found in blood, the levels of which rise in inflammation); and white cell count.

A simple four variable prediction rule was devised based on acceptable thresholds for the results of each test.

The rule’s comparative simplicity, using fewer variables than those proscribed by other studies, means that it could be used by non-specialists when assessing patients within or around 48 hours of diagnosis. This in turn means that more clinicians could carry out assessments, with more patients assessed and management interventions put in place.

Dr. Ray Sheridan, Consultant Physician at the RD&E, said: “Patients with C. difficile are often much sicker than they might first look. They generally have a weak immune system and are being more prone to infections. Consequently, they don't generate the same immune response as healthier people would.  This means that they don't always have the outward signs of infection; for example, they may have a severe infection but won't have a temperature.

“This makes it difficult for non-specialists to recognise how ill patients are and when to start the right treatment. It’s important to get the treatment: too much treatment may see new antibiotic resistant strains emerge; too little and patients might die. There are also cost implications. Some of the more intensive treatments need to be really tailored to individual patients and some treatments aren't always very nice to have.

He added: “This really simple and quick tool, which any junior doctor could use in the middle of the night quickly and easily, flags up those who need a speedy and intensive treatment regime or more senior help. The quicker we get on with the right treatment for the right patient the better their chances of recovery are. This is a tool that should be used in every hospital in the UK as soon as possible: if we did so we would save more lives.”

He said: “This study a great example of universities and hospitals working together for direct patient benefit."