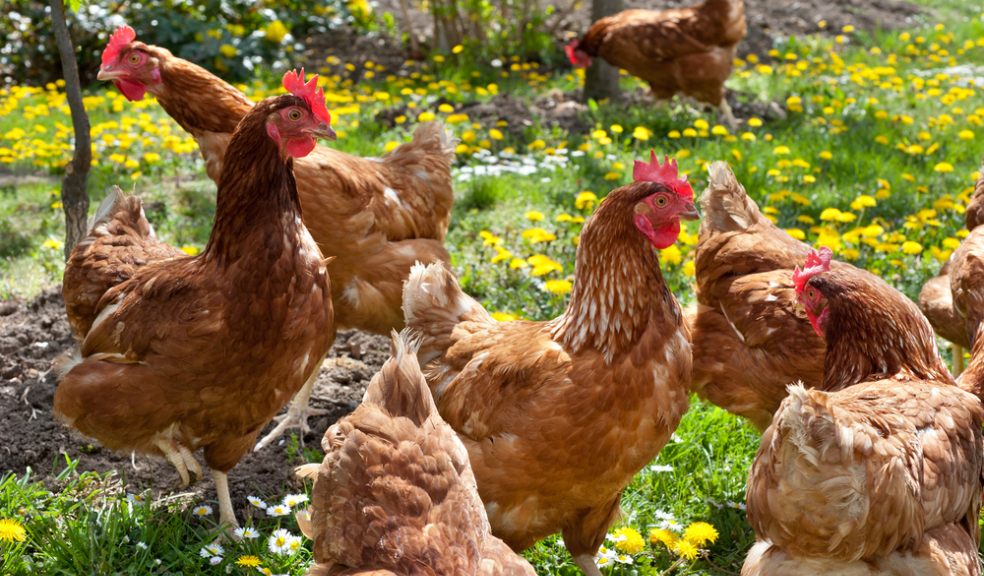 Recent reduction in the use of antibiotic growth promoters in animal feeds has resulted in a dramatic increase in the severe poultry disease - necrotic enteritis.

New research suggests that the disease, which is costing the worldwide poultry industry an estimated £600 million a year, could be prevented by immunisation with a vaccine that is being developed at the University of Exeter.

Professor Richard Titball from Biosciences at the University of Exeter said:“Necrotic enteritis is a major concern for the poultry farming industry worldwide and poultry producers are waiting for this desperately needed vaccine. Our work will pave the way for the development of a vaccine that will help farmers tackle this devastating disease.”

In recent years concern over the impact of antibiotics in the food chain has led to an EU-wide ban in the use of antimicrobial growth promoters in animal feeds and a general reduction in use word-wide. These antibiotics, added to promote the growth of poultry, also prevented necrotic enteritis and other diseases.

Necrotic enteritis, which causes lesions in the intestines of poultry resulting in severe illness and even death, is caused by the bacterium Clostridium perfringens. Research has shown that the bacterium produces a toxin called NetB and much of the disease is caused by the effects of this toxin. Researchers at the University of Exeter, in collaboration with Ghent University, Belgium and Birkbeck College, University of London, have unravelled the molecular structure of the NetB toxin. Exchanging crucial amino acids in the NetB toxin, using molecular biology techniques, has enabled the researchers to identify a non-toxic form of NetB.

The researchers have discovered that immunisation with non-toxic NetB results in protection against necrotic enteritis. This research has just been published in the Journal of Biological Chemistry and in Vaccine.

Sergio Fernandes da Costa, from the University of Exeter, said: “This is a tremendous step towards developing a necrotic enteritis vaccine that will control this disease in the future. We are working closely with the animal health industry to develop a product that can be efficiently given to entire poultry flocks in feed or water.”