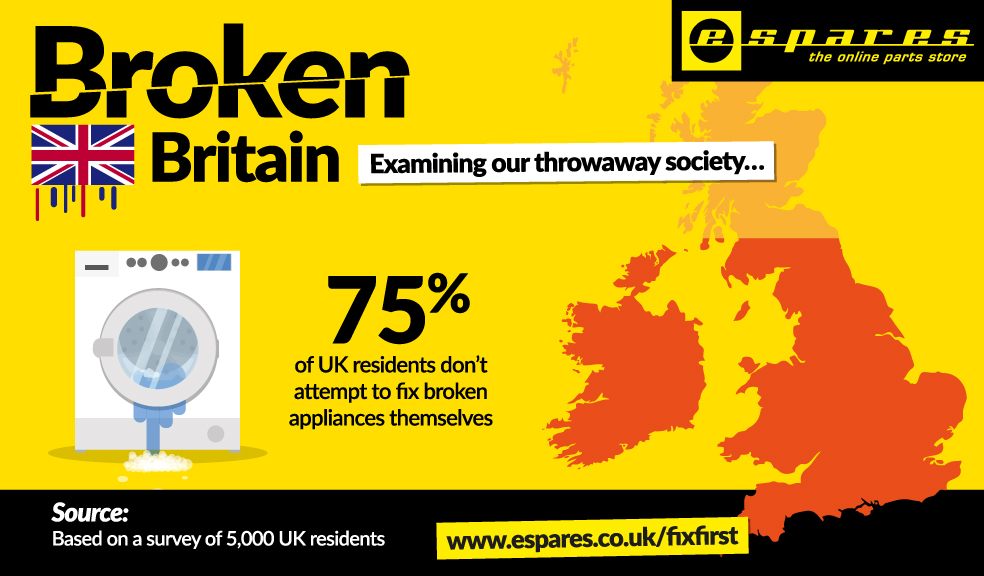 A survey by the UK’s leading online spare parts retailer, eSpares, has found that residents from the South West are saving money and protecting the environment by taking the time to fix broken household appliances. 46% of the region would prefer to have items repaired than needlessly throw them away. Results also found the main reason for residents in the region fixing appliances themselves being ‘to save the cost of buying new’ at 61%, the highest in the UK.

On a national scale, the survey conversely found that 75% of the UK population don’t bother to fix appliances themselves, instead, preferring to buy new models. Statistics from Europe* show that if the UK fixed just 10% more of repairable appliances, the nation could save an estimated 100,000 tonnes of waste electrical and electronic equipment (WEEE) from being thrown away.

“We feel a change is needed in our behaviour towards fixing appliances,” commented Ad Casey, head of brand at eSpares. “However, that step can only be made if the support is there to give customers the confidence and knowledge to fix repairable appliances.”

Casey continued: “That’s why we’ve launched our #FixFirst campaign – a national initiative that provides householders with all the information needed to fix appliances themselves. It also helps consumers to protect the environment, save money and enjoy the satisfaction that comes from fixing things yourself.”

The eSpares advice centre has more than 500 ‘how to’ tutorial videos, 700 repair articles and 9,000 manufacturer appliance manuals, all supported by an inventory of more than a million spare parts ready for next day delivery.

For further information contact Ed Willmott or Anthony Hornsby at Prova PR on 01926 776900 or email espares@provapr.co.uk.