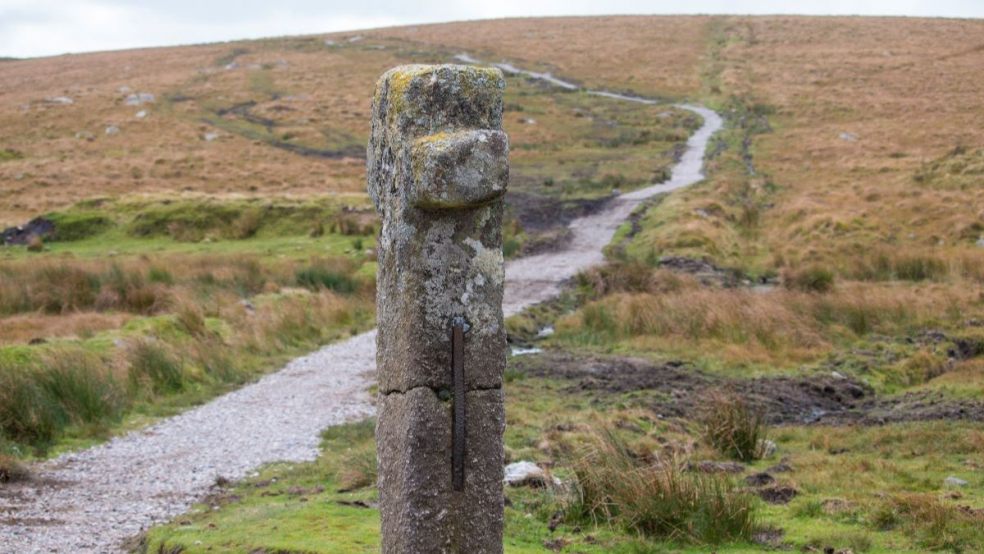 The Nun's Cross Path repair scheme has been given a £20,000 boost thanks to a generous contribution by the British Mountaineering Council's (BMC) Access and Conservation Trust.

Dartmoor National Park secured the funds through the BMC's Mend Our Mountains: Make One Million campaign to restore further sections of the Princetown-Burrator route which showcases the grandeur of Dartmoor's open moorland.

Nun's Cross Path is used by more than 30,000 walkers and 10,000 mountain bikes each year but over the years a combination of erosion damage and extreme weather – like the storms of winter 2014 - has taken its toll.

More than 4km of trail between Princetown and Nun's Cross Farm has been restored so far. This has included installing granite cross-drains using locally-sourced materials, repairing eroded sections, restoring moorland vegetation next to the path and providing a more sustainable surface for people to use.

The extra £20,000 will extend similar repairs and restoration to the path and moorland at Eylesbarrow. Work is expected to start in the autumn.

Andrew Watson, Dartmoor National Park's Head of Recreation, Access and Estates said: "The support and funding from public donations has been absolutely fantastic so far and we are delighted to receive an additional £20,000 from the BMC's Mend Our Mountains: Make One Million appeal.

"The project creates a sustainable route capable of catering for the level of use it receives but protects what is special about this part of the high moor. The trail improvements will make it easier for people to access the path, connect with nature and experience the natural beauty of the area."

BMC Access and Conservation Officer Dr Cath Flitcroft said: "We're really pleased the money raised by our Mend Our Mountains campaign will not only contribute to the continuation of repairs to the Nun's Cross Path, but that the publicity generated by the campaign has encouraged donations and funding from other sources."

The project initially benefited from £8,497 from the previous Mend Our Mountains campaign co-ordinated by the BMC and funded by its charity the BMC Access and Conservation Trust.

This acted as a catalyst for other donations to be given including £5,000 from Totnes Ramblers. Voluntary donations were given through Donate for Dartmoorand match-funding from Dartmoor National Park boosted the total to £27,000.

In November 2017 The BMC launched Mend Our Mountains: Make One Millionwhich built on the first campaign. It aimed to raise £1milion for repairing paths and trails in each of the UK's 15 National Parks. Funds are shared across a range of vital path projects within the national park family.