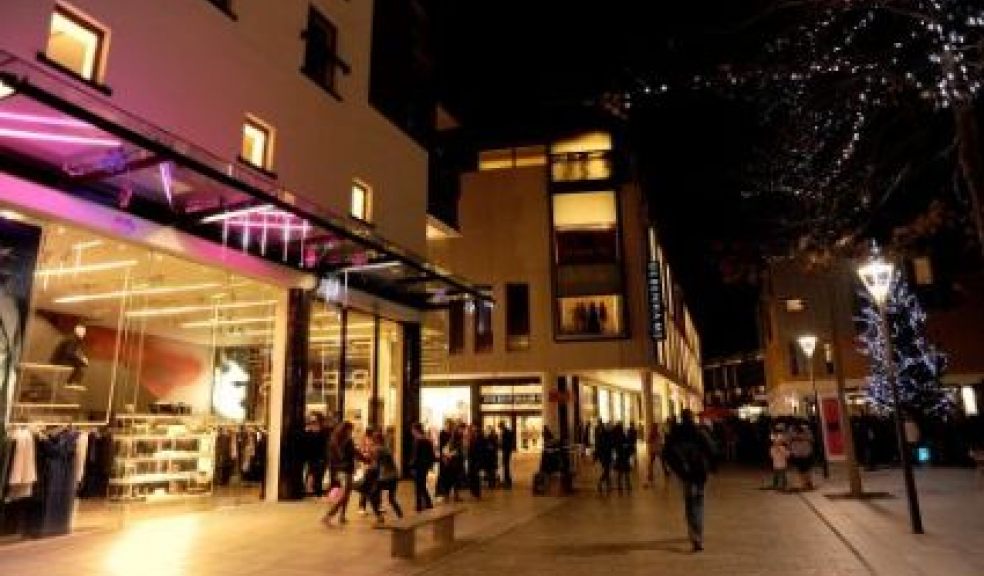 The Exeter City Centre Christmas lights display has become a key part of what the city has to offer during the festive period. It provides a focal point at the heart of the city centre, fostering good will and a feel good factor for the community whilst, crucially, increasing the number of people into the city centre - helping local businesses have a successful and prosperous Christmas.

That is why this year a crowdfunding route is being used to supplement the money put in to the Christmas lights by the city council.

Alongside city council and sponsorship from brands, the crowdfunding will give a boost to both businesses and the local community. Additional money raised will allow the High Street lights to be even better and for Lights to be delivered in other areas of the city centre including Gandy Street and Fore Street.

The crowdfunding campaign encourages the community to pledge from as little as £5 and in return they will get a host of great rewards which local businesses have kindly donated. The rewards will be updated over a four-week period but are broken down into three categories:

For those that simply want to pledge and help the fundraising effort, they can do so from £5.

For a £10 pledge, the community can enjoy a mince pie and some mulled wine on the night of the Christmas lights switch on and a range of beauty treatments from Radiance MediSpa worth over £200.

John Harvey, Exeter City Centre Manager commented: “The city council are committed to working with others to create the best possible Christmas display for our community, but we want to make it bigger and better this year which is why we are asking local businesses and the community to get behind it. We feel doing it in this fun and rewarding way for the community is a win win for everybody involved.”

The Right Worshipful The Lord Mayor, Councillor Percy Prowse said: “This is a great way of raising additional money to make Exeter shine brighter than ever at Christmas this year. I’m delighted to support the crowdfunding campaign and really pleased that a modest percentage of the money raised will be going to this years Lord Mayor’s Charity – Exeter Leukaemia Fund (ELF).”

The evening will kick start Christmas with a live programme of entertainment and performances including appearances from Caroline Quentin, Patron of Families for Children, Jo Pavey, GB athlete and European Champion and players from the Exeter Chiefs.

Phil Geraghty, MD of Crowdfunder said: “Crowdfunding brings communities together to make their great ideas happen. This year we are delighted that Exeter are crowdfunding their city lights, bringing the local community, businesses and the Council together to make the festive season shine brightly for everyone involved.”

The crowd funding campaign launches today (9 October) and five per cent of the funds raised through crowdfunding will also go to the Lord Mayor’s Charity – Exeter Leukaemia Fund (ELF).