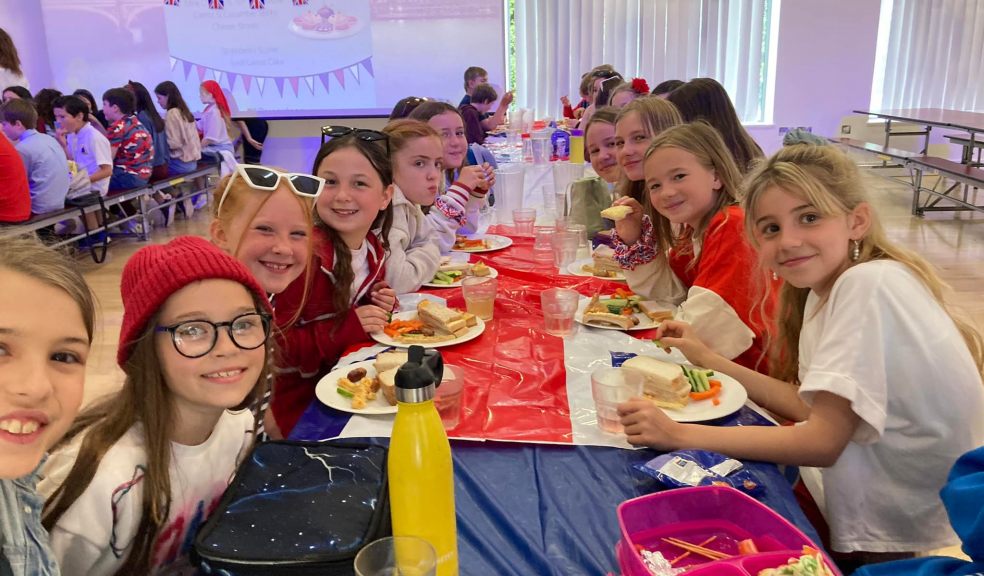 Pupils at a Devon Primary School took centre stage in the Queen’s Platinum Jubilee celebrations this week – with a starring role in a children’s news video.

Children from Broadclyst Primary School in Exeter were filmed for a special video in Discovery Education Espresso, the award-winning digital learning service used by thousands of schools across the UK.

Broadclyst pupils were interviewed about their Jubilee celebrations, which included learning about the Queen’s reign using resources from Discovery Education and hosting a huge tea party at the school. Year 5 and 6 pupils also shared their exciting plans for a new royal garden, with corgi-shaped plant holders and an ivy-covered throne!

“The Jubilee day was amazing! We had a tea party for lunch and sat with all of our friends”, said Year 5 pupil Bella.

“I loved learning about the Queen’s life and exploring how she was coronated”, said Year 5 pupil Oscar.

“ The children have enjoyed an exciting week of Platinum Jubilee celebrations. Being filmed for the news video was definitely a highlight! We’ve spent a lot of time learning about the history of the Queen’s reign and the importance of her role in society. Discovery Education is packed with relevant resources to support this and we’ve used them across the school for every age group.”

“We were delighted to feature Broadclyst Primary School and to provide the school with resources to spark pupils’ imagination. It was great to see such creativity in their Jubilee celebrations! ”