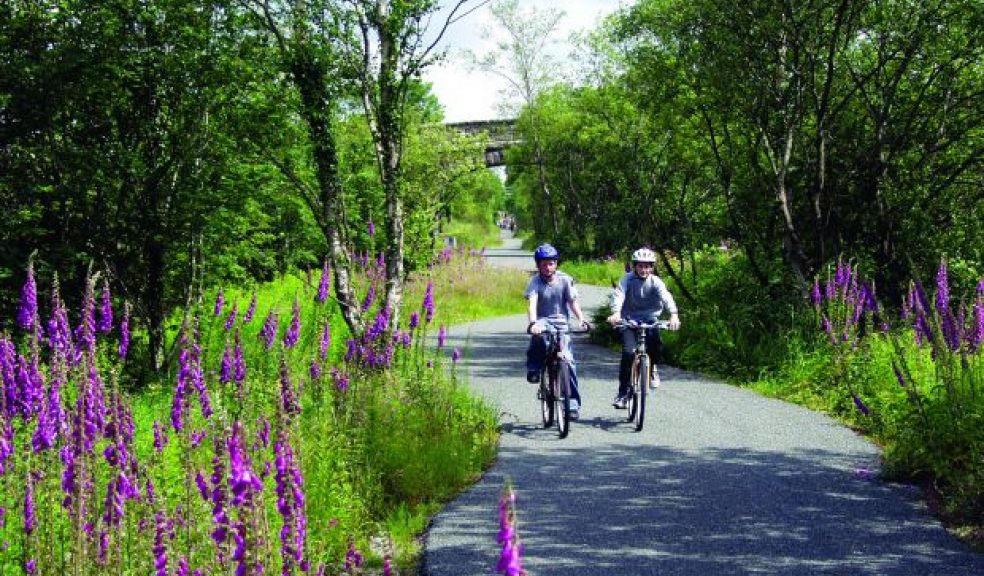 A major new study has been published looking at the possibility of developing a walking, cycling and riding route from Sidmouth to Feniton.

The concept of the 16km multi-use route, known informally as the Otter Trail, has been around for many years but has now been explored in more detail by the sustainable travel charity Sustrans.

The study has follows a community meeting last year which highlighted the need for the report as part of the legacy work of the construction of Coleridge Bridge in Ottery St Mary, which opened to the public in August 2011.

The  feasibility study found that the route, if constructed, could bring in as much as £600,000 per year into the local economy from the day spend of visitors using the trail.

Paul Hawkins, Devon Area Manager for Sustrans, said: “The East Devon countryside is a beautiful experience on foot and cycle, and the concept of linking up these communities with a safe route is very appealing and would provide both tourism and local commuting benefits.

“Delivery of a whole route would be complex, involve many stakeholders and take many years, but with careful planning sections of the route could be delivered to the benefit of local communities.”

The concept of a trail broadly follows the line of a dismantled railway and takes in Tipton St John and Ottery St Mary although the study reviews a number of route options. Many sections of the old railway line have been built on, and 28 private landowners have so far been identified along route options by Sustrans.

Councillor Claire Wright, Devon County Councillor for Ottery St Mary Rural, said: “The production of a the feasibility study, which Paul Hawkins worked really hard on, is a really important step forward. It tells us what needs to be done to make the cycleway achievable.

“It won't be easy but there is a huge determination within the local community to make it happen.   I look forward to moving the Ottery section of the project forward with the help of the Otter Trail group and other members of the community.”

The charity has also assessed the benefits and challenges of developing a multi-use trail across East Devon, at an estimated construction cost of around £1.4 million, although the provision of a bridge over the busy A3052 at Bowd would potentially double the construction costs.

A cheaper 'refuge crossing', allowing cyclists to safely cross into the middle of the road, is also highlighted in the report.

Other financial considerations such as legal fees and land acquisition may also see the cost of the route rise.

Any possible route would have to be delivered in sections over a number of years and would serve around 26,000 residents.

The aim would be to develop a route that is convenient, safe, accessible and attractive, in order to provide local communities with a realistic alternative to the car to encourage people to travel by foot, cycle or horse.

The health, leisure and tourism benefits to East Devon would be considerable, the study finds, potentially generating between £300,000 and £600,000 per year from cycling visitors.

Devon County Council is committed to investing in cycling and has both encouraged and enabled around a 15% growth in average daily cycle trips across the whole county over the past five years.

Councillor Stuart Hughes, Devon County Council Cabinet Member for Highway Management, said: “This report is useful in highlighting future possibilities, but it has to be remembered that this trail is a long term ambition rather than something which can be achieved overnight. A lot of work would have to be done to make this scheme a reality.

“If we look at the Exe Estuary Trail that has taken around 15 years to deliver, with work on the final section just about to get underway. Devon is a leading authority when it comes to cycling, and we have demonstrated in recent years that we have become a premier destination for cycling tourism. We’ve been successful in getting more people cycling in Devon which can benefit people of all ages and abilities. Cycling and walking have positive impacts on the local economy, improving health, tackling congestion and reducing emissions.

“We have an outstanding track record of delivering award winning schemes such as Redhayes Bridge near Junction 29 of the M5 and Gem Bridge near Tavistock. East Devon is already popular with visitors and a multi-use route, particularly one which links to the Jurassic Coast at one end and Feniton railway station at the other, would provide an added draw. As well as increasing visitor numbers to the area it would also enable local people to travel to work and school without relying on the car.”

However the study also finds that at 16km in length and with on-the-ground status varying immensely, delivery of this route is a long way from straightforward and identifies several significant challenges to the project.
One major challenge is posed by the flood risk along the River Otter which would require a further study to identify how future-proof the route would be to flooding.

Land management concerns from landowners are strong in some key areas and these could hinder potential progress with the attitude towards a route from the 12 landowners spoken with varied wildly from enthusiasm from some to refusal to discuss the concept from others.

However strong support from local advocates is already apparent with The Otter Trail cycle way campaign group having already operated for a number of years.

The full study is available to read here