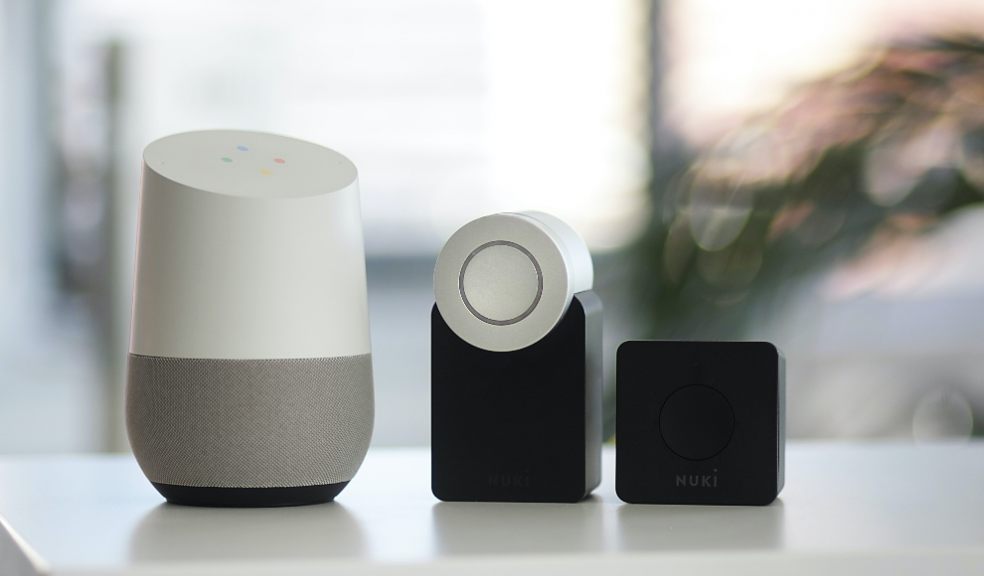 According to new research from Uswitch.com, the comparison and switching service smart devices struggle to understand over 23% of UK accents.

AI assistants are now estimated to be in over 5.8 million homes across the UK, with voice command features allowing us to do everything from checking the weather to turning off the lights.

The data reveals that not all of us have the same experience, however, the results swung in favour of the EXETER accent!

The comparison and switching service analysed 30 accents from cities across the UK by recording them asking their smart devices ten common questions. Each city was then given a score out of 10 for voice clarity - the higher the score meaning the more errors were encountered.

The research also explored how many searches people in these cities made for ‘Why doesn’t Alexa/ Google understand me?’ using Google’s keyword planner to collect this data and create a full picture of the most difficult to comprehend accents for smart speakers. This was then totalled together alongside all other metrics to give an overall score. 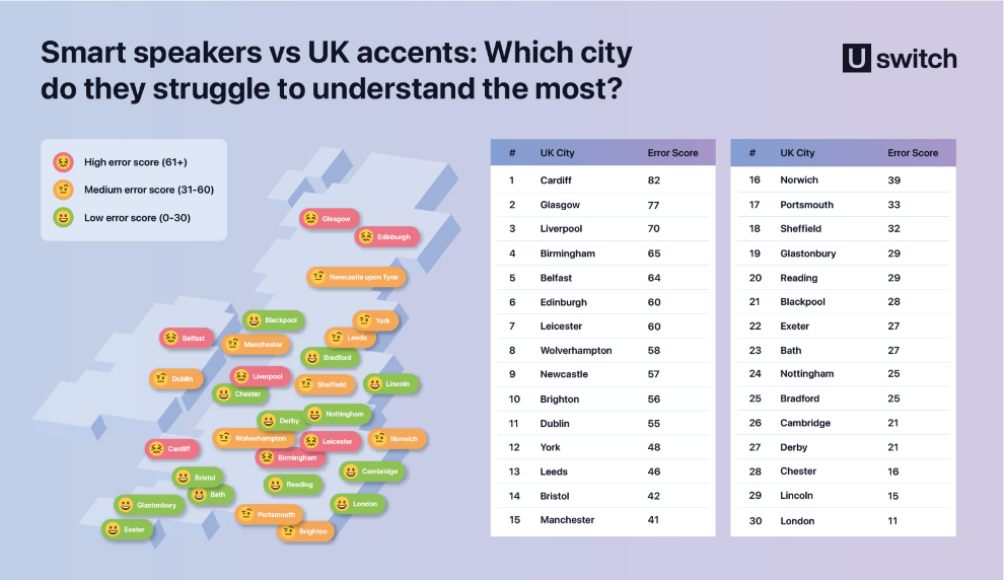 EXETER accent is the NINTH easiest for Alexa to understand

Exeter came in ninth in our clarity league table. Whilst the city had a combined total of 600 searches for ‘Why doesn’t my smart speaker understand me’, 70% of commands were understood by voice assistants in the experiment.

London named THE easiest city for smart speakers to understand

The clearest accent came from people living in London. With only 200 monthly searches for ‘Why doesn’t Alexa understand me?’ and just 75 for the same question of Google. London also scored a two for voice clarity during the experiment, making it near perfect when it comes to pronunciation.

Welsh revealed as THE hardest accent for Amazon's Alexa to understand

Based on the data the least understood city is Cardiff. With a total of 1,550 searches for “why doesn’t Alexa understand me” and a voice clarity score of seven out of 10, Welsh is clearly the hardest accent for the AI technology to understand. The city was closely followed by Glasgow which had the second-highest overall score when looking at both voice clarity and search volumes for “why doesn’t my Alexa understand me” and Liverpool. Other cities that virtual assistants struggle to understand include Belfast, Newcastle and Dublin.

Scousers are also more likely to have to repeat themselves, with the study revealing that smart speakers don't favour their accent based on voice clarity. They make a whopping 1,700 searches a month for ‘Why doesn’t my smart speaker understand me’. 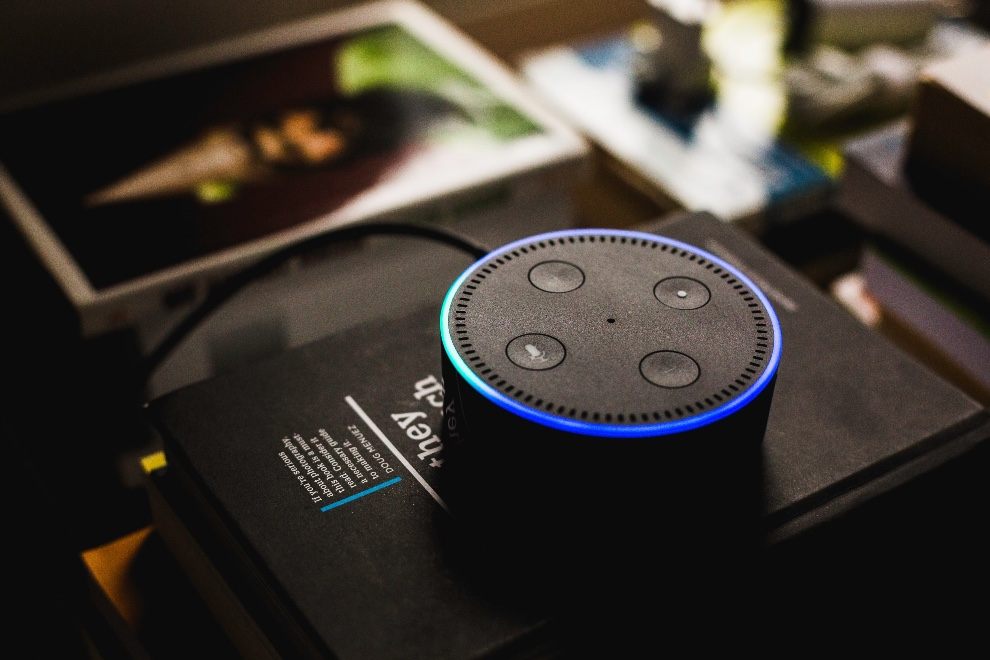 Nick Baker, broadband expert at Uswitch.com highlights why tech brands should be doing more: "Smart speakers are becoming an integral part of many modern-day homes. While most of us find them useful it's clear that more needs to be done to make voice recognition features smoother.

“The use of artificial intelligence in products is only going to increase, and as it grows in popularity it's important that features are accessible to all.

“The more we use virtual assistants the better they will get at understanding us. Some brands are already taking steps to allow assistants to learn about our accents which should avoid alienating customers and improve user experience.”