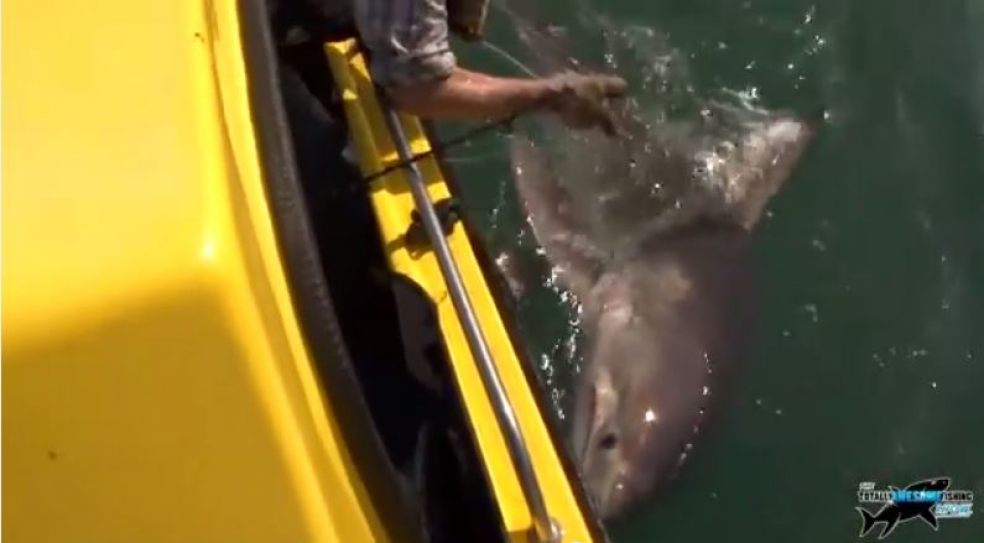 An angler fishing off the North Devon coast has caught a monster shark thought to weigh more than 450lb.

Grahame Pullen, a 62-year-old sport fishing journalist caught Porbeagle sharka estimated measure in at 8ft and 450lb near an unspecified resort on the North Devon coast with friend and colleague Wayne Comben.

Grahame will not specify the location due to concerns for affecting tourism in the area but has said the beach is a popular tourist destination.

Despite his extensive experience of fishing Porbeagles and similar sized fish, the size of the shark saw Grahame’s 17ft boat, the ‘Hi Sea Drifter’, spinning in circles before he was able to bring the fish under control.

Once under control, Grahame was able to tag the shark before safely releasing it back into the wild.

Porbeagles are commonly caught and released by recreational anglers and at one time, were considered a nuisance by some commercial fishers because they damaged lighter fishing gear intended for smaller species and stole hooked fish from lines.

However, following a rapid collapse of socks on both sides of the North Atlantic, they are now considered to be a vulnerable species by conservationists and are legally protected from lethal fishing by law.

Most of the species weigh no more than 298lb but some anglers have reported catching Porbeagles weighing more than 500lbs.  The record stands at an 510lb individual which was caught off Caithness, Scotland in 1993

While sharks generally have a fearsome reputation there but as of 2009, the International Shark Attack File only attributes three attacks on humans to this species, one provoked and none fatal, and two on boats.

The full footage of Mr Pullen’s catch will be available on his online fishing show Totally Awesome Fishing on Friday.