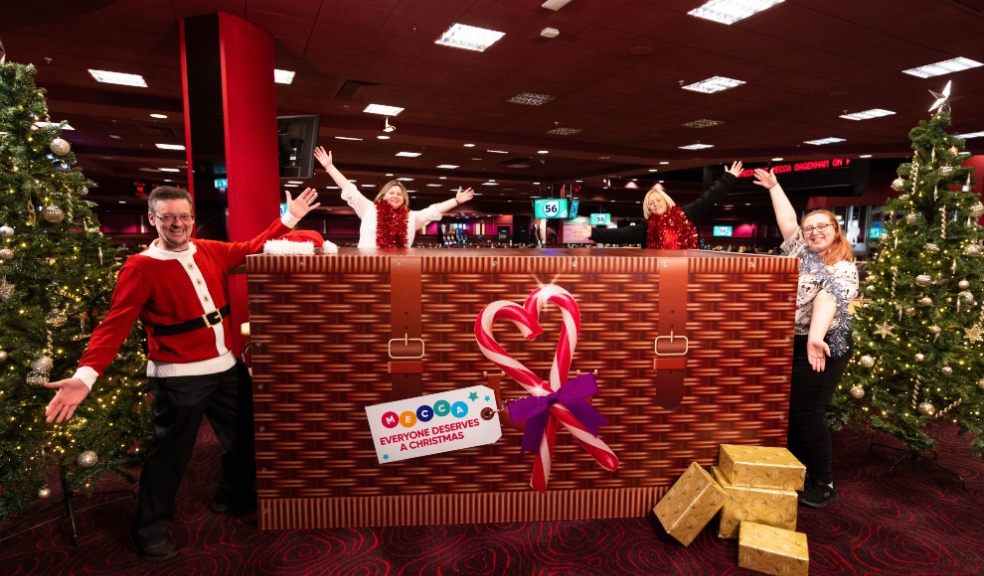 Following last year's success, Mecca Bingo Exeter is launching its second unique Everyone Deserves a Christmas appeal to help individuals and families in need this Christmas.

Mecca's renowned UK-wide Christmas appeal involves all 71 clubs across the country and aims to provide hampers to those most in need, allowing them to go through the Christmas season more comfortably. Last year, the original bingo brand partnered with 52 charities to raise an incredible total of £185,000 in cash and hamper donations, providing 3,800 hampers across the UK.

This Christmas, Mecca is upping its efforts and going above and beyond, especially in a year which has shown food poverty to be an ever-increasing issue. A new goal was set, with the aim of providing 4,000 hampers across the UK, each valued at £50 - a total amount of £200,000. Mecca Bingo Exeter is getting involved again this year and is raising money for FORCE Cancer Charity, one of the charities at the heart of its community. This charity provides free support and information to anyone affected by cancer at its centre in Exeter and at local community hospitals. It is committed to improving patient care by funding research and innovation as well.

Once again, Mecca is calling on its loyal customers as well as local residents and businesses for their heart-warming support and donations. The local community can help both in club and online by dedicating time, donating goods such as non perishable food and drink or unopened toiletries or by donating money. All donations will allow the creation of Christmas hampers, which will be distributed by the local charity to those most in need.

Finally, Mecca will be hosting special Christmas Charity games, with all profits being donated to the Everyone Deserves a Christmas appeal. Charity bingo games will be hosted in all Mecca venues on 27th November, with a linked game sponsored by the Bingo Association and a prize fund of £2000.

Alan Forshaw, General Manager at Mecca Exeter, said: "We're thrilled to be bringing back Mecca's Everyone Deserves a Christmas appeal for a second year and to be helping those who need it the most within our community. Christmas should be magical and we are determined to make it as special as can be for as many as possible. We just couldn't do this without the incredible support of our customers and local supporters – we know this year that people will exceed all expectations with their generosity"

From now on until Wednesday 10th December, customers can also get involved by playing online at Meccabingo.com with all charity game proceeds going to Mecca's chosen charity, Carers Trust.

Find out how to get involved by visiting Mecca Exeter's Facebook page. For more information about the campaign and the additional ways you can get involved nationally, including the online charity games where all profits will go towards the Everyone Deserves a Christmas appeal, please visit blog.meccabingo.com.