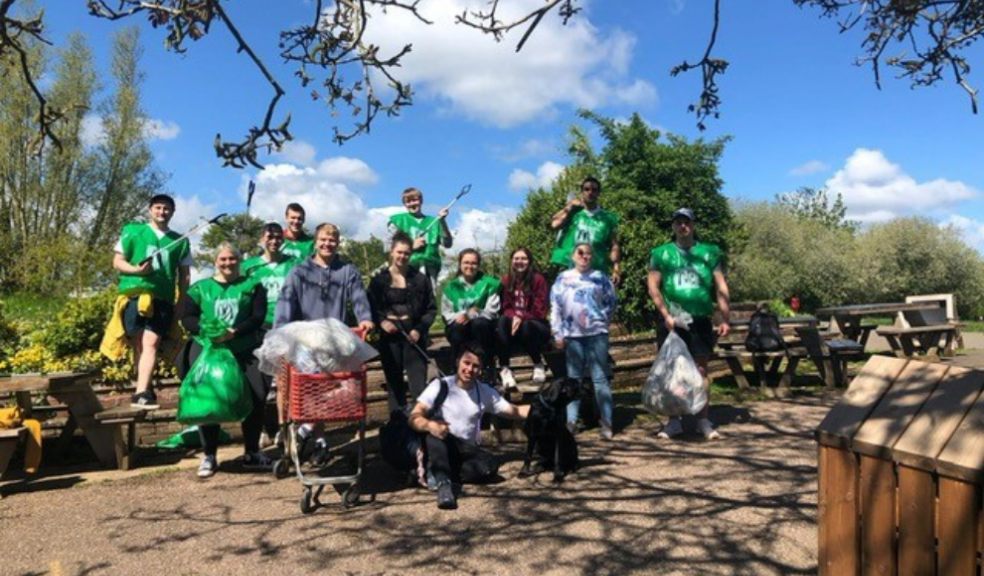 A group of 14 crew members from two McDonald’s restaurant in Exeter recently teamed up with the Exeter Quay Master to clean up the area around the Quayside. An impressive 20 bags of litter were collected as part of Keep Britain Tidy’s Love Where You Live campaign.

The volunteers, from the Exeter High Street and the Exeter Marsh Barton McDonald’s restaurants, were split into smaller groups and maintained a 2m distance at all times to ensure social distancing rules were followed. All volunteers wore their own PPE and facemasks and all equipment was sanitised before and after the event.

McDonald’s franchisee David Shawyer, who owns and operates three restaurants in the local area, said: “Like so many fellow community residents, I am a huge admirer of the Exeter Quayside area. I’m really proud of my team for giving up their time and efforts to do their bit for our neighbours.McDonald’s is committed to fighting litter in our local communities and we are really happy with the difference we made.”

McDonald’s crew members have been cleaning up litter dropped in our local communities for over 35 years. Crews across the UK cover a total of 5,000 miles each week on litter patrols (where they collect litter from any origin, not just their own.) This equates to 260,000 miles, or the distance from Earth to the Moon.

McDonald’s is tackling litter in local communities, both by litter picking and reducing the amount of waste its restaurants produce. The brand has been working to make recycling easier over the past 4 years, and since 2015 has installed over 1,100 new recycling units, meaning it’s easier to separate plastics and cups for recycling in 85% of its restaurants. McDonald’s also collects used oil from its kitchens and turns this into enough biodiesel to fuel more than half of its delivery fleet.