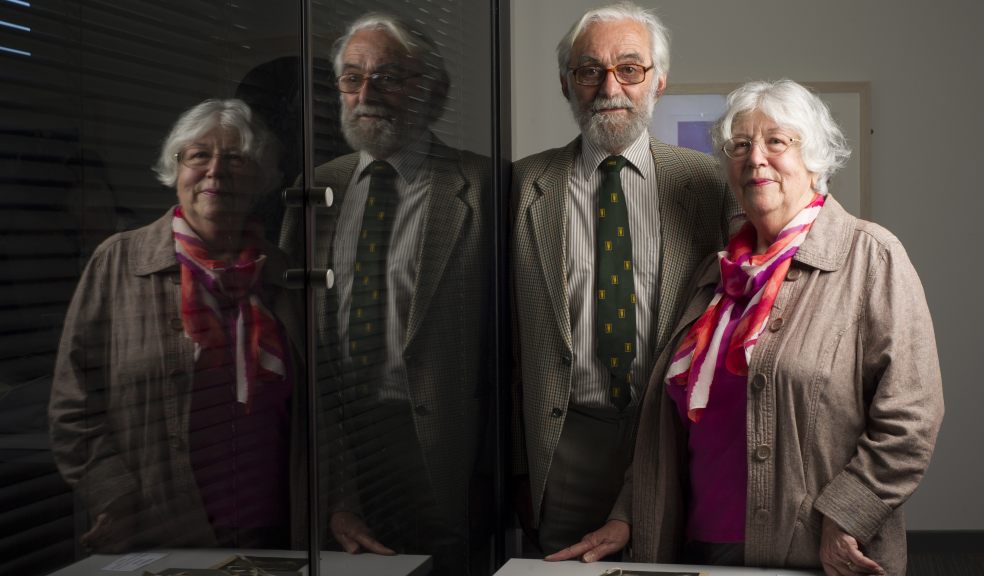 A fascinating collection of personal letters from a host of British literature luminaries to Henry Williamson, the author of Tarka the Otter have been donated to the University of Exeter.

The University has received more than 2,000 letters from such celebrated writers, including, Siegfried Sassoon, John Betjeman and Enid Blyton as part of Williamson’s extensive personal archive.

The letters arrive at the University almost 50 years to the day since Williamson first donated his literary manuscripts.  Additional personal papers, including important diaries and journals will join the collection in the near future as a gift from the Henry Williamson Literary Estate.

Williamson (1895-1977) was a prolific writer and published over fifty books in his lifetime.  The current archive includes manuscripts of all of the author’s most famous works, with drafts of The Patriot’s Progress (published 1930), a novel of one man’s experiences in the First World War.

Edmund Garnett, an eminent literary critic of the 1920’s who encouraged and helped establish great writers such as Joseph Conrad, E.M.Forster and T.E.Lawrence was also supportive of Henry Williamson’s work.  Garnett praised ‘Tarka the Otter’ and sent a copy to T.E.Lawrence; his actions were the catalyst for a long lasting the friendship between Williamson and Lawrence.

Garnett wrote to Williamson in 1927, the letter was extremely complimentary: ‘Well, Tarka is a wonderful thing – a regular epic.  I congratulate you heartily.  It’s like nothing else I’ve read….You handle the narrative as though you had been a young otter…..’

The University of Exeter is fortunate to have been given this key collection of papers from the Williamson archive. Dr Christine Faunch, Head of Heritage Collections, said: “The ‘Henry Williamson papers’ in that first gift of literary manuscripts in 1965, form the foundation on which our south west literary collections are built. Not only do we now hold Williamson’s manuscripts, but also the letters that shed so much light on his work and relationships.”

Dr Faunch added: “We are particularly excited to see that the new deposit of letters includes other writers represented in our collections, from Charles Causley and Malcolm Elwin, to Ronald Duncan and Ted Hughes, along with other famous correspondents including Arnold Bennett, John Masefield and Walter de la Mare.”

The new additions will be listed over the coming year and for information on the archive, please contact Heritage Collections on libspc@exeter.ac.uk.

Anne Williamson, Henry’s daughter in law, gave a speech about the new donation to mark the occasion, on behalf of the literary estate.  She said: “Henry Williamson was a man with enormous drive and vision – a vision for a Utopia that cannot actually ever be achieved:  but without that drive, without that vision, his landmark books would never have been written. His immense archive will reveal many things to many people.  I think its strength and value lie in the fact that the personal and the writing elements are so interwoven as to be impossible to separate.  It should provide the basis of research for many years to come.”