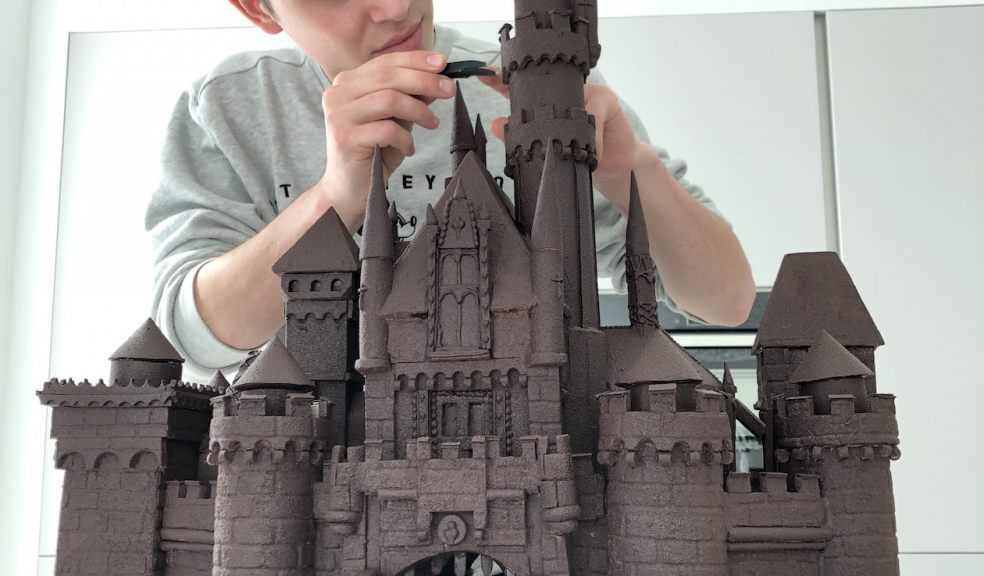 Super talented patisserie chef Kieran Charles set himself a challenge for Lockdown 3.0, creating the Disney Cinderella Castle out of chocolate.  This stunning piece involved 17 kilos of 100% dark chocolate and took about 100 hours to make - completed just in time for Easter!

Kieran who’s 20 and from South Devon, trained at the Cordon Bleu school in london before landing a job as pastry demi-chef de partie at the Ritz in London.   Before that, he studied at South Devon College and did his apprenticeship at Salcombe Harbour Hotel.  During lockdown, he’s been back with his family near Teignmouth.

He discovered his love of baking at the age of 11, initially teaching himself from Youtube.

Sadly the castle won’t be around for long as it will be melted down to make Kieran’s next challenge, a three foot dragon.

‘I’m really missing my job at the moment, but I’ll be back at the Ritz next month,’ said Kieran. ‘Mum says she’s got used to her kitchen smelling like Willie Wonka’s chocolate factory.’