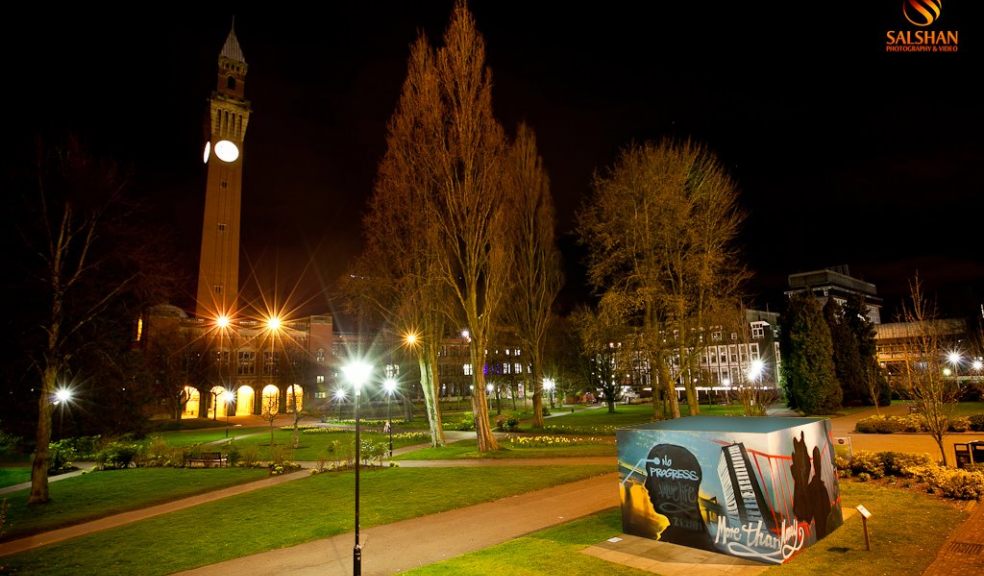 Expressing Muslim belief through the creative arts forms the basis of an exhibition and series of live events at the University of Exeter from 11 to 13 June. The ‘Resonate’ and Reformulate’ event involves youthful artists creating work onsite producing graffiti art with an Islamic twist and Sufi-Dub DJs spinning their creative tracks on the Streatham Campus.

The three-day festival stems from the ‘Islamic Reformulations’, a three-year Global Uncertainties Leadership Fellowship that explores how Muslim thought has developed and will be re-examined through thought, literature and the creative arts.The project focuses on the interlinked themes of belief, governance and violence through looking at how modern developments relate to pre-modern tradition of Islamic thought. The creative media is the first of the project's explorations of the renewal of Muslim belief.

Throughout the festival the artist who goes by the name of Aerosol Arabic will be creating his art work (Spinning Cube) onsite in the main Piazza and outside the Institute of Arab and Islamic Studies.  He will meld together street art and Islamic script and patterns, providing meaningful messages that reformulate Islamic thought in classical and modern Arabic calligraphic styles. At the same time audiences will be able to hear the blending of Islamic-world sounds and Dub beats, professionally mixed by Celt Islam, a Dub artist and the creator of Sufi-Dub genre.

Professor Rob Gleave from the University of Exeter’s Institute of Arab and Islamic Studies is the lead academic on the ‘Islamic Reformulations’ project, funded by Research Councils UK and administered by the Economic and Social Research Council.  The creative re-examination of Islamic belief is the first stage in examining the project.  He said: “Normally we study texts and lectures to find out how Muslim belief is developing in today’s world – but the ‘Resonate and Reformulate’ events focus on the creative and visual arts – often the most challenging ideas are expressed in art, and theology takes a while to catch up.  That’s what we want to explore in the three days of events."

He added: “Members of the Muslim community have made so many positive contributions to British culture – given recent events, the importance of getting this message across gets more, not less, urgent.  Resonate & Reformulate will bring two internationally renowned Muslim artist to perform, and reinforce this message.  The positive effects of diversity are so often ignored in the current climate – our event at the University will, hopefully, redress this – and also entertain."