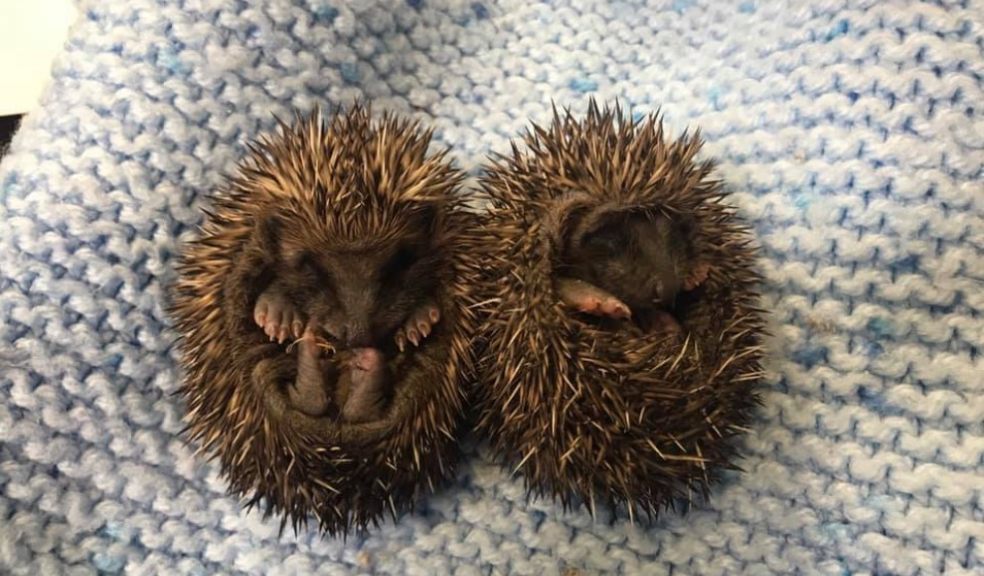 Lockdown and less traffic on the roads across Exeter may have stopped the clock on the decline of British hedgehog populations. Hedgehog numbers in the UK have plummeted by half over the past 20 years, however the spiky mammals are enjoying something of a resurgence and now experts are predicting a ‘hoglet boom’ next month.

Recent sightings and reports in Exeter noted hedgehogs are indulging in ‘noisy lovemaking’ and with many people saying they will drive less after lockdown and some continuing to work from home, it is important now, more than ever, for the people of Britain to do their part to protect these special animals.

Most baby hedgehogs arrive in June or July and hedgehog enthusiast’s hope there will be a huge wave of newborn hoglets in the coming weeks, as a result of the rise in reported mating cases.

Hedgehog ecologist and author Hugh Warwick says: “Hedgehog population levels have been a concern for decades so the recent increase in sightings is brilliant news for all wildlife lovers across the country - even if it took a national lockdown to make it happen!

“What we’re seeing is, in essence, a hedgehog ‘summer of love’ and, much like the predicted human baby boom in early 2021, I hope to see lots more hoglets arrive in June and July time, which is when the six-week gestation period typically finishes.

“It’s also likely that we’re getting more sightings of randy hedgehogs simply as a result of people spending more time in their gardens. If you do see a hedgehog in your garden, please do your best to help this wonderful creature - there are some really simple things you can do that will make a big difference to them.”

Wildlife expert Lizzie Jennings at Spike’s Hedgehog Food says: “Now that lockdown rules are starting to ease, we’re urging people to record hedgehog sightings when they’re out and about or in the garden.

“If you want to encourage hedgehogs into your garden, putting a small gap in your garden fence to allow them to get in and out easily and leaving out nutritious hedgehog food are just two simple ways you can help them survive as habitat loss continues to threaten their existence.”

A recent study from Nottingham Trent University revealed that the mortality rate for hedgehogs on roads has nearly halved as people were urged to stay at home, with data showing that between the last week of March and the first week of April this year, around 140 hedgehog deaths were recorded, compared with up to 381 for the same period in 2019.

Lancashire -based Spike’s Hedgehog Food launched 21 years ago as the first specialist hedgehog food producer in the UK and has been carefully developed to provide a naturally nutritious range of food for wild hedgehogs. Spike’s Starter Bundles are available to buy from the Spike’s website for £10. You can also purchase products in the Spike’s range from Pets At Home, Pets Corner, The Range and many independent pet stores throughout the UK.

Spike’s partner with hedgehog welfare charities including The British Hedgehog Preservation Society and Amazing Grace, an initiative led by Dr. Brian May’s charity, Save Me Trust.

How to create a hoglet habitat at home