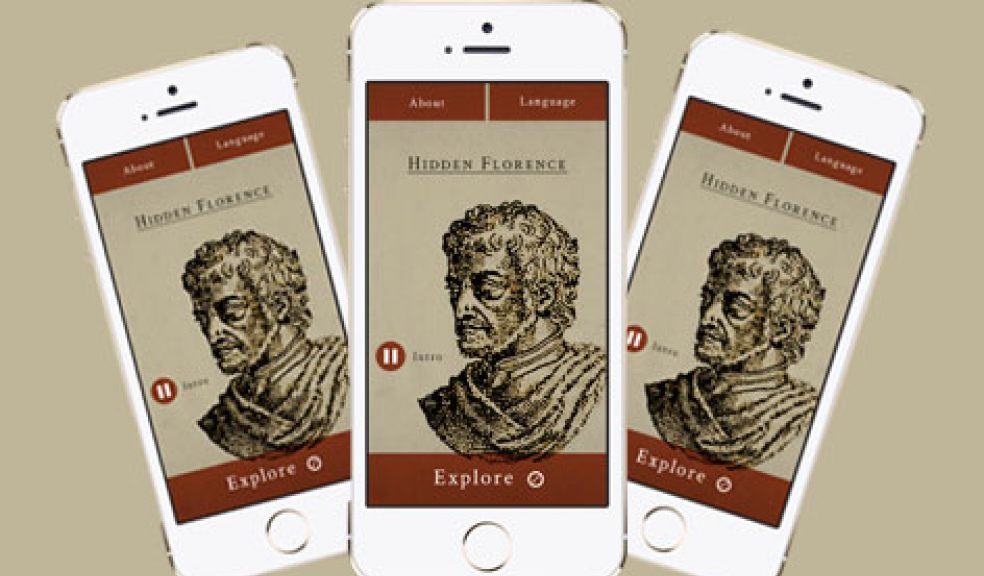 An opportunity to experience an unseen side of Florence is now possible via a new smartphone App which brings the past to life through the eyes of an ordinary 15th century Florentine. In the Italian Renaissance city of Florence, tourists often take the well-trodden routes of seeing the iconic artworks of Botticelli’s Birth of Venus and Michelangelo’s David.

Now, this free history App is available providing an unconventional tour in which you walk in the footsteps of wool worker Giovanni, hunting for statues, street tabernacles and piazzas whilst being told vivid tales about the city. It is based around an interactive map, complete with audio directions and storytelling.The Hidden Florence App opens up a city overlooked by conventional tourist guides.

Hidden Florence was created by Professor Fabrizio Nevola, a historian of Italian Renaissance at the University of Exeter, who led the project. He worked with historian Dr David Rosenthal, a visiting lecturer at the University of Edinburgh and with app developer Calvium to utilise a 1584 (16th century) city map created by Benedictine monk Stefano Bonsignori and pegged it to a modern street map of Florence.

Professor Nevola explains:“The result is a Google-like period map, with GPS tracking the user’s progress through the streets and triggering sites here Giovanni tells his stories. We decided to create this pseudo historical character that doesn’t really exist in the archival record. However, Giovanni represents a non-elite artisan worker and an alternative voice for the heyday of Renaissance Florence at the end of the 1480s.”

In Giovanni’s world the user experiences his robust views on everything from civic politics to the taverns he plays dice in, and on everyone from the defacto ruler of Florence, Lorenzo de’ Medici, to the apothecary on the street corner.

In Hidden Florence the user travels across the historic centre between Giovanni’s neighbourhood of Sant’ Ambrogio and the heart of the city where he labours in a textile workshop near the famous Duomo. Along the way 17 sites can be visited, from Giovanni’s parish church, to a downtown alleyway where he tells of brawls in a tavern and in exploring these places, his wry, politically aware character is shown.  He is also exposed as a bit of a gossip and a gambler.

There is a lot of material available on the upper echelons of society but the art historians thought it would be great to have a person from the working classes.

Professor Nevola added:“To Giovanni we are contemporaries and he is delighting in showing us around his home city. It is like he is there whispering into your ear, saying 'look at this'. The audio format allowed us to work humour into the project, with Giovanni providing snippets of information and jokes that relate to Michelangelo and other historical figures in Renaissance Florence. The Hidden Florence App enables a seamless journey for the user. It encourages tourists to paint the pictures in their mind, using their surroundings to place themselves in the story and therefore in the history of Florence.”

Giovanni is voiced in English and Italian and is a two hour immersive tour explored through the unique GPS located period and modern day maps.

Dr Rosenthal said:“Florence is one of the world’s most touristed cities, so the challenge was to do something fresh and original. A smartphone app was the perfect vehicle. You can take research into the way ordinary Florentines thought about honour, family and community, about urban life, and rethink it, making it entertaining and accessible to everybody.

“Once you’ve heard Giovanni you can hit the ‘Hear More’ option and get historical context for his stories from the more traditional talking heads. You can also go through to a website where there is a page on each of the 17 sites and suggestions for reading. It’s all up to the user.”

Hidden Florence is published at the AppStore and on Google Play and was funded by the Arts & Humanities Research Council (AHRC) UK.