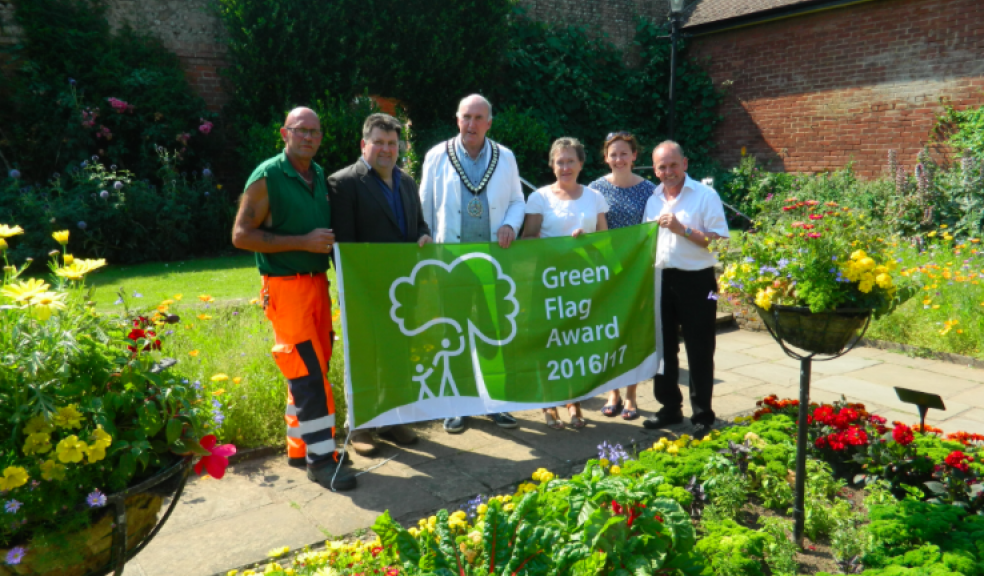 East Devon District Council’s StreetScene team is proud to announce that - yet again - Connaught Gardens in Sidmouth and Manor Gardens in Exmouth have proved themselves worthy of flying the prestigious Green flag award, a national award given out by environmental charity Keep Britain Tidy to only the very best public parks and gardens in the UK.

This is the 13th consecutive year for Connaught Gardens and the 12th year in a row that Manor Gardens has won the award and they are among a record-breaking 1,686 parks and green spaces nationwide that have received a Green Flag – the mark of a quality park or green space.

Now celebrating its 20th year, the award recognises and rewards the best parks and green spaces across the country. A Green Flag flying overhead is a sign to the public that the space boasts the highest possible standards, is beautifully maintained and has excellent facilities.

“This award recognises and highlights that people in Sidmouth and Exmouth are benefitting from a green space of the very highest quality.

“The Green Flag Award® scheme is the benchmark national standard for parks and green spaces in the UK and I am immensely proud of our StreetScene team who work tirelessly in all weathers to ensure that the gardens are in tip-top condition throughout the different seasons. The awards are given on an annual basis and winners must apply each year to renew their Green Flag status, so to receive this award for yet another consecutive year is a fantastic achievement.”

“I would like to thank our wonderful staff & volunteers who put in so much time and effort in keeping these two gardens in pristine condition. They go above and beyond the call of duty to ensure that the public can enjoy the benefits of these amazing spaces. That is true dedication and the award is recognition of their outstanding efforts, which set a standard of excellence in recreational green areas.”

“All the flags flying this year are a testament to the efforts of the thousands of men and women, both staff and volunteers, who work tirelessly to maintain the high standards demanded by the Green Flag Award.”