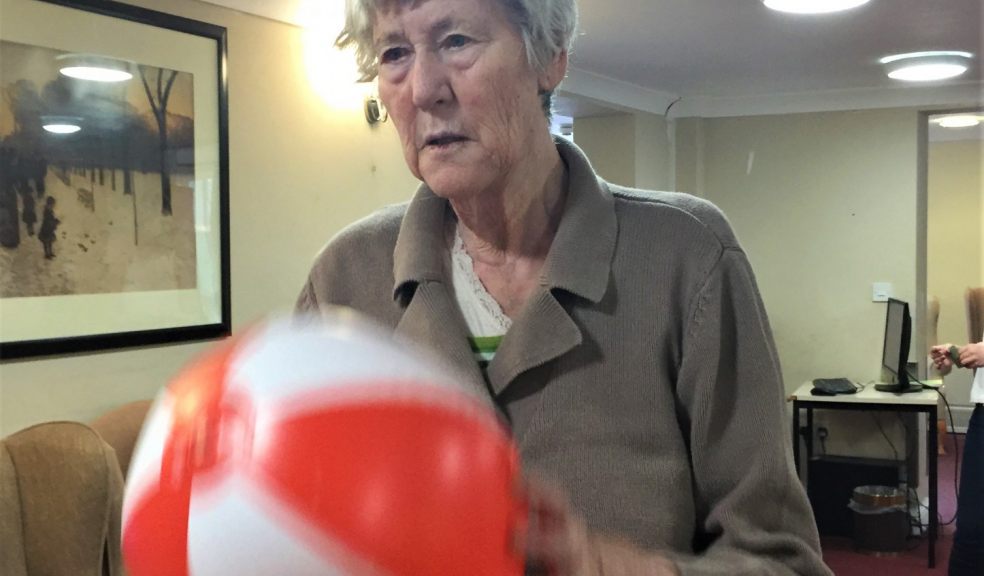 With the 2019 Wimbledon Tennis Championships now over and the long queues for strawberries and cream now sated, it is exciting to discover that one of the “family members” living at Hatherleigh Nursing Home,  is 81-year-old Rosie Jewell. Rosie is a former tennis player who played in the under eighteens team at the Wimbledon Championships in 1954, getting through to the quarter-finals. Jewell is her married name, but in 1954 she was playing under her maiden name, Rosemary Wooller.

Rosie has lived at the 53-bed home near Okehampton, for the last two and a half years and they knew that she played tennis competitively at the highest levels when she was younger, as they make a point of learning everything they can about each family member’s previous life history.

When she was growing up as an only child, her family said she was often left to entertain herself. When she was home from boarding school in the long summer months, she took up tennis and began to show promise, winning the singles title in her hometown, Colwyn Bay, in 1951 when she was just thirteen. When she was sixteen, she was selected to play in the British under eighteen team in the 1954 Wimbledon Championships, getting through to the quarter-finals. She also went on to play for the North Wales County team in 1957 so must have been a very talented player indeed.

Rosie, now lives with dementia, a condition that progressively weakens the recall abilities of everyone that has it.  Care writer, Jerry Short visited the home recently and says “As soon as I stepped inside, I could sense how friendly it was.  Walking through I could see that it was comfortable with light, airy, wheelchair-friendly rooms that were recently refurbished.

I had been told by the care team that although Rosie’s dementia had affected her memory, her love of ball games has stayed strong. When I was introduced to her, one of the care team members asked her if she’d like to play catch and I saw the instant her face lit up with anticipation, her eyes sparkling. I continued watching as she enthusiastically took her place opposite and they proceeded to throw a softly inflated beach ball to each other. For anyone who lives with dementia, games that include hand and eye coordination, are excellent because they can be easily be played indoors and are fun to play. Introducing games into the everyday lives of people living in care, has been proven to improve their cognitive, social and physical well being.

Rosie’s hands unerringly caught the ball each time it was thrown to her, her hand and eye coordination presumably honed from her years of tennis playing, and I loved that the care team member was clearly enjoying the game, too. Her affection and respect for Rosie were clear, and very pleasing to see.

The home knows that participating in games keeps our brains active and there are also the physical benefits of the exercise, plus the sense of accomplishment that playing a game can bring. If you visited the home whilst Wimbledon was on, Rosie was probably the one happily sitting at the front, watching the television closely to ensure the umpires were making all the correct calls.