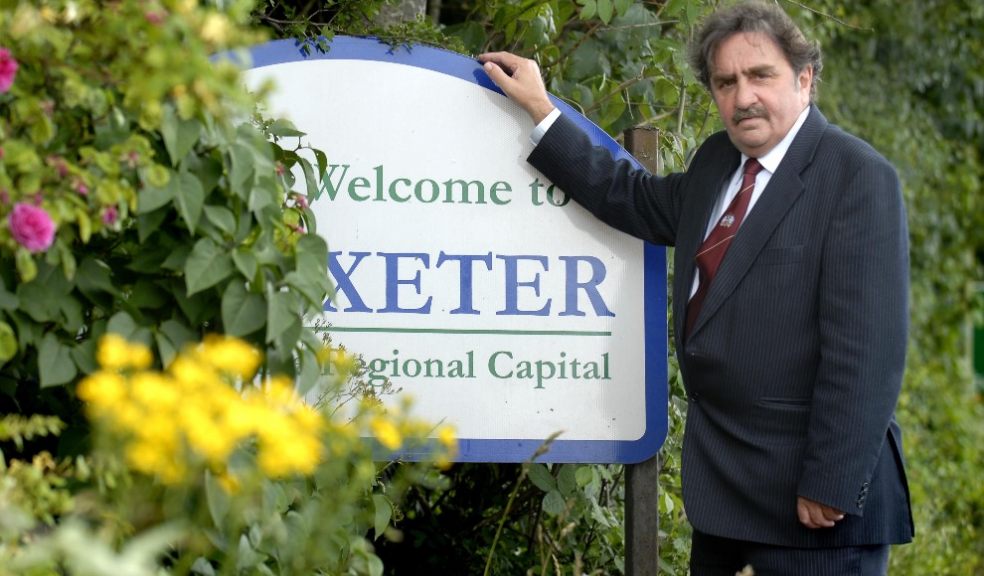 He was Leader of the Council from 2011 until his retirement in 2019. Previously he had served as Lead Councillor for Housing under the leadership of Cllr Roy Slack. He was also Lead Councillor for Environmental Health and Leisure for a short period.

During his time as Leader, the city has underwent many changes. He oversaw the much-needed refurbishment of the Royal Albert Memorial Museum in 2011 and was at the helm when plans to redevelop the old bus station were revealed.

As a former bus driver, he was able to witness the new Bus Station opening earlier this year, but sadly unable to live to see the completion of the new St Sidwell’s Point Leisure Centre, which is expected to open in the coming months.

The former Leader was responsible for many of the city’s successes including bring the 2015 Rugby World Cup to Exeter and the Radio 1 Big Weekend to the city in 2017.

Housing was one of his key priorities and he played his part in helping deliver thousands of new homes in the city, many of which fit into the affordable category. Today, many of the City Council homes are built to low energy Passivhaus standards, affording tenants to make great savings on their energy costs.

He was instrumental in pushing for Exeter to become a unitary authority and take responsibility for key services like education and trading standards, which were run by Devon County Council. He spearheaded a strong campaign to become a stand-alone council responsible for everything in the city and was duly obliged in 2010 but the decision was reversed by the incoming government a year later.

He introduced the Living Wage at Exeter City Council and was key in bringing big names such as John Lewis and IKEA to the city.

He invested heavily in new flood defences to protect city homes and businesses and worked hard to bring on board Exeter City Futures to make the city energy independent and free of congestion. He also had a hand in driving up

Exeter’s recycling rates and making the city cleaner and greener.

Current Council Leader Phil Bialyk, worked closely with Pete Edwards whilst on the buses for Devon General and together as part of the Council’s political leadership. He said he would be sorely missed as a friend, former colleague and politician.“I knew Pete for nearly 50 years and it is a privilege to call him my friend. You can see the impact that he had in the city and he leaves such a strong legacy. Pete was humble. Not even his family really saw the breadth of what he was delivering for the city. He spent his leadership genuinely looking out for the interests of the people of Exeter – many of which he would never meet.

Karime Hassan, Chief Executive and Growth Director of Exeter City Council said: “Pete was known for his sound judgement. He had this ability to ‘cut through the crap’ and get to the heart of an issue. I spent a lot of time over my career with Pete. Every time he brought the matter back to his knowledge of Exeter, his knowledge of the people of Exeter, and the real life issues they face. His insight was extraordinary and he also wouldn’t shy away from a fight if he knew it was the right thing to do.”