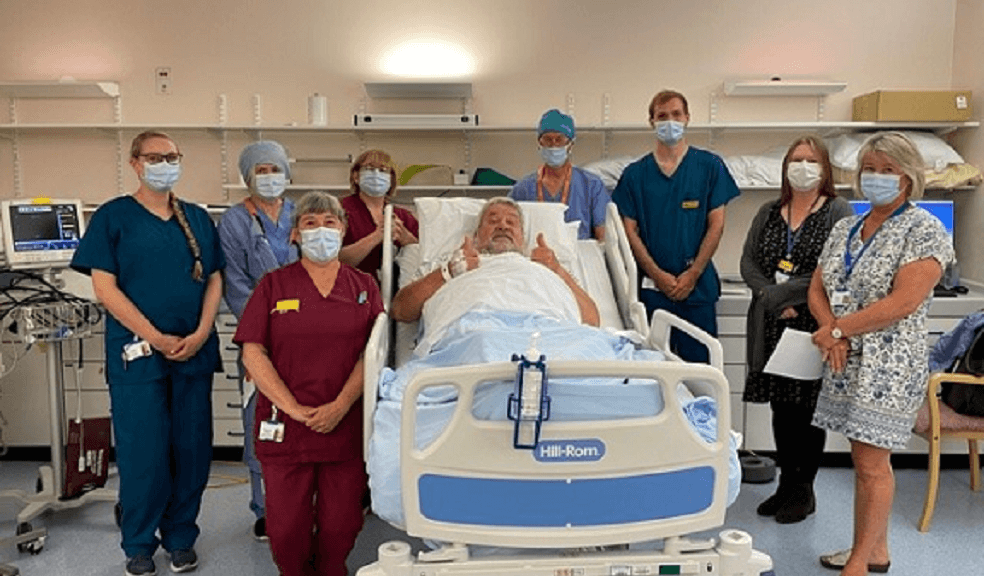 FORCE Cancer Charity and the Royal Devon and Exeter Hospital’s Radiotherapy Department have celebrated a milestone in the treatment of prostate cancer.

The hospital has treated its 1,000th patient with high dose-rate brachytherapy, using equipment bought by FORCE.

Bill Collings received his therapy at the RD&E’s Wonford unit.

It is a type of internal radiotherapy that involves inserting thin tubes into the prostate gland.

A source of radiation is then passed down the tubes into the prostate for a few minutes to destroy cancer cells.

Because the radiation is put directly into the prostate, the healthy tissue nearby gets a smaller dose of radiation.

This means healthy tissue is less likely to be damaged.

FORCE bought the first and second Selectron brachytherapy machines in use at the RD&E.

This type of treatment is mainly used to treat cancers in the prostate gland, cervix and womb but it may also be used to treat some other cancers, such as head and neck cancers.

In 1986 the RD&E was the first in the world to put an advanced type of Selectron machine into use, driven by pioneering FORCE founder Dr Chris Rowland and his colleagues.