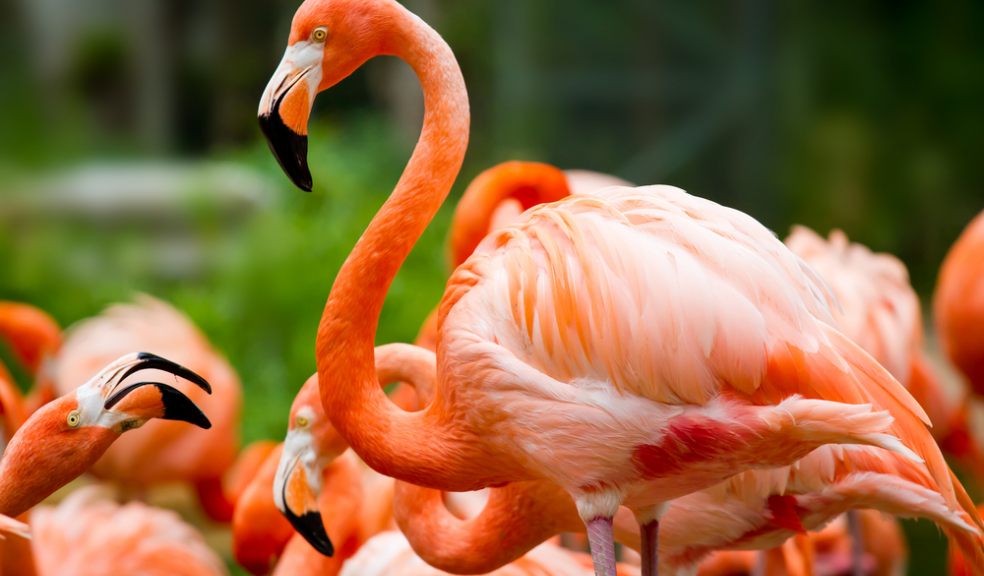 UK scientists are embarking on a four-year study of flamingo behaviour to explore how their relationships could be key to improving breeding success and the overall welfare of captive flocks. The University of Exeter, working with the Wildfowl & Wetlands Trust (WWT) at Slimbridge, will apply knowledge on animal social networks originally developed through research on Trinidadian guppies and more recently through studying dairy cattle herd interactions.

The first stage of the research, led by Dr Darren Croft from Psychology at the University of Exeter’s Animal Behaviour Research Group, is currently underway. The research will use social network analyses to evaluate flamingo flock relationships and the importance of these networks to longevity, reproductive success, behaviour patterns and welfare.

Darren Croft said: “Flamingos are at risk in the wild from human encroachment, habitat loss and disturbance to breeding areas. The aim of this project is to benefit the management of flamingo flocks in captivity and to better understand flamingo behaviour, which may also help scientists observing wild birds. Three of the proposed study species have conservation relevance, which makes this work important.”

Paul Rose, PhD student at the University of Exeter said: “By comparing enclosure usage and behaviour, we will be able to advise zoos on what to provide in order to enhance active, social behaviours. At the moment much of the UK population of captive birds is ageing and non-breeding; this research will go some way to help make captive flocks sustainable into the future and the use of specimens for ex situ conservation will be improved.”

Their highly social nature, along with their pink colouring and large size, make flamingos one of the most popular zoo birds in the world. More than half of zoos globally keep flamingos and there are 15,000 captive flamingos registered worldwide, which probably represents about half of the true number. For the zoo visitor, flamingos should inspire with their weird and wonderful appearance, demonstrate the intricate and varied behaviour of social wetland birds and provide a mechanism for raising awareness of the importance of wetland conservation.

The project is part funded by Paul Rose but he hopes that interested members of the public will also provide support through donations via the JustGiving site in return for detailed information on the progress of the project. It is the first time the University of Exeter has used a ‘crowd funding’ approach for a research project.

Flamingos are well-known for their mass groupings and the social dynamics of the flocks are key to successful breeding. Understanding these dynamics in captive flocks may provide benefits for behaviour, welfare and breeding.