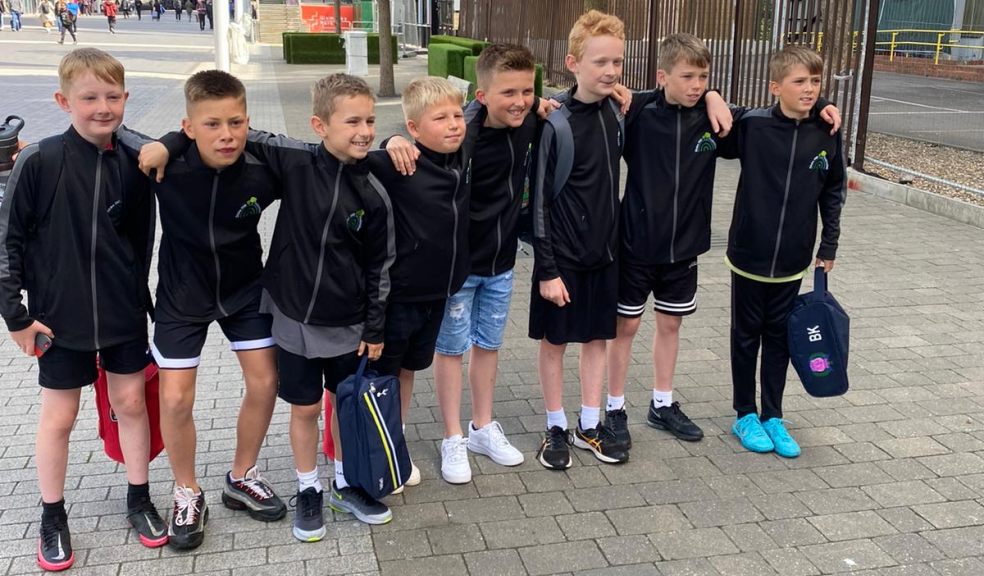 A group of Exeter schoolboys had the experience of a lifetime as they set foot on the hallowed Wembley turf for the Utilita Kids Cup Final on Saturday, ahead of the Sky Bet League Two play-off final between Mansfield Town and Port Vale.

Stoke Hill under-12s - representing Exeter City - were beaten 4-0 by St George's Primary who were playing for Tranmere Rovers, but it was nonetheless an incredible afternoon for the young boys.

The team had reached the final after regional heats and were supported by coaches from Exeter City Community Trust with training sessions over the season.

The Utilita Kids Cup is a national tournament for junior footballers which offers children the once in a lifetime opportunity to play at Wembley Stadium.

The Cup involves over 16,000 children and creates one of the country’s largest national football competitions and inspires children to be active, healthy, and develop a strong sense of teamwork.

Stoke Hill progressed through two tournaments to win the right to play in the final, having first won the local Exeter tournament, before winning the Southern tournament. St George's route to the final was via three separate tournament wins.

Callum Shipton, Exeter City Community Trust club community coach travelled with the team to Wembley, He said: "What a fantastic experience for players and staff from Stoke Hill representing Exeter City at Wembley for the Utilita Kids Cup Final. Despite the result not going our way on the day, the boys positivity and professional attitude was outstanding throughout.

"Having the privilege to see backstage at one of the biggest and best stadiums in world football is something that myself, the team, and all involved will never forget."