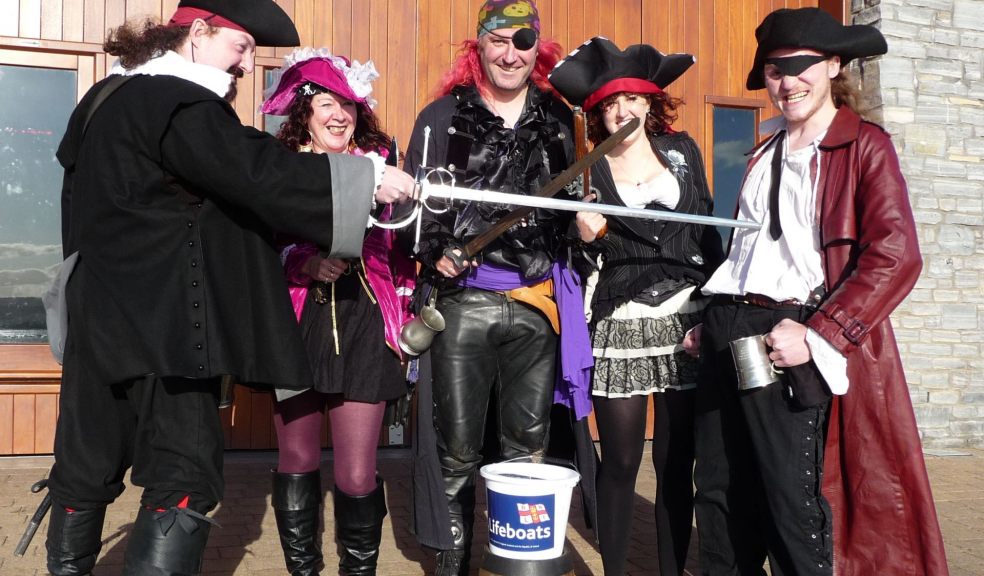 A group of pirate enthusiasts from Exeter led by Cap’n Queeg, plan to go on a fundraising tour of the city for their local lifeboat station on 19 September.

For the fourth year running, the pirates are due to embark on a pub crawl of Exeter, this year raising money for Exmouth RNLI’s launch and recovery vehicle appeal. Taking place on Thursday 19 September, which is International Talk like a Pirate Day, the city fundraisers are inviting people to join them along the route. Members of the public are welcome to join in along the way. The Cap’n says:

'You can help us raise hundreds of doubloons and pieces of eight for our local RNLI lifeboat station. Join us at any point and let your inner pirate out. Pirate dress is not required, although you will have more fun with it!’

Following the successful haul of £424 from last year's event, the group have organised a route comprising 14 venues which is available on their website: http://www.exeter-pirate-day.com/ and their Facebook page ‘Exeter Pirate Day’. New on the website for this year is a facility to buy Exeter Pirate Day merchandise.

Starting at 10.40am at the Jolly Roger café in the city's quay, the 12 hour pub crawl route includes commandeering the Butts Ferry after their hearty breakfast. The Ship is offering free light snacks for everyone in Pirate costume and there will be a quiz and live band, Wilderland at the Port Royal from 6.15pm. The last port of call will be The Sorry Head for a few ‘any survivors’ drinks.